Let’s say you just finished eating an apple. You loved it. You start imagining more apples. Maybe even growing some in your backyard. So you look at gnawed apple in your hand. What happens if you plant the apple seeds nestled inside the core?

With the right conditions, an apple tree will grow. But not the specific variety of apple you just ate. Apple seeds do not carry the genetic information that determines what variety will grow. In fact, every tree in an orchard will have been grown using the ancient process of grafting, which involves inserting a bud into a small apple tree cutting called “root stock.”

But sometimes, in an orchard full of grafted trees, a “chance seedling” will take root. Most of the time, these apples will taste like the ones Johnny Appleseed planted: so sour you want to spit them out immediately (his apples were used for cider alone!).

But once in a while, that chance seedling will become a famous apple variety. 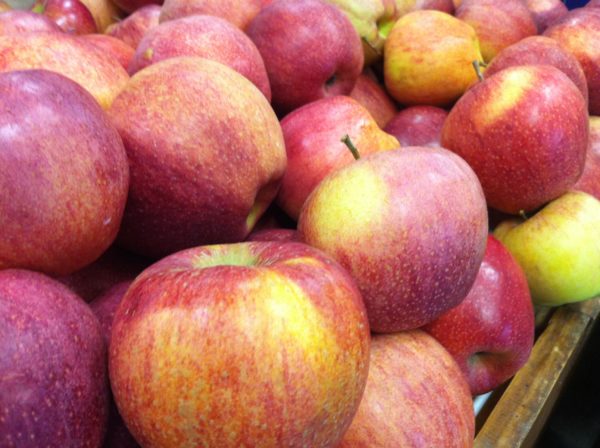 That’s what happened with Cameo apples in the 1980s. Earlier on, it had also happened with Granny Smith, McIntosh, Red Delicious and Golden Delicious.

So whenever you taste any of these apples, you can try to guess which other apples they’ve descended from, but nobody knows for sure.

Ed also appreciates the nutrition Cameo apples pack in. Like other apples, Cameo are loaded with Vitamin C and potassium, but their antioxidant levels are higher than other varieties, according to researchers at the University of Bonn.

Weaver’s started growing Cameo apples in the 1990s, when they were a new variety. Growing Cameos keeps the Weaver’s team on their toes. Like many kinds of trees, Cameos bear an abundant crop every other year. The Cameo’s bumper crops can make it tricky to ensure each apple gets enough light to make its colors vivid and uniform. The more apples per cluster, the less light gets to each individual apple, and that will make their colors duller. One apple hanging on its own will get the most vibrant coloring. (Learn how we help apples reach their peak color!)

Ed Weaver recommends enjoying Cameo as a fresh eating apple. Cameo, which are currently available in the farm market, are also good in salad, on sandwiches, and paired with cheese for a holiday cheese board, says Ed. They also tend to resist browning, which adds to their hors d’oeuvres appeal. 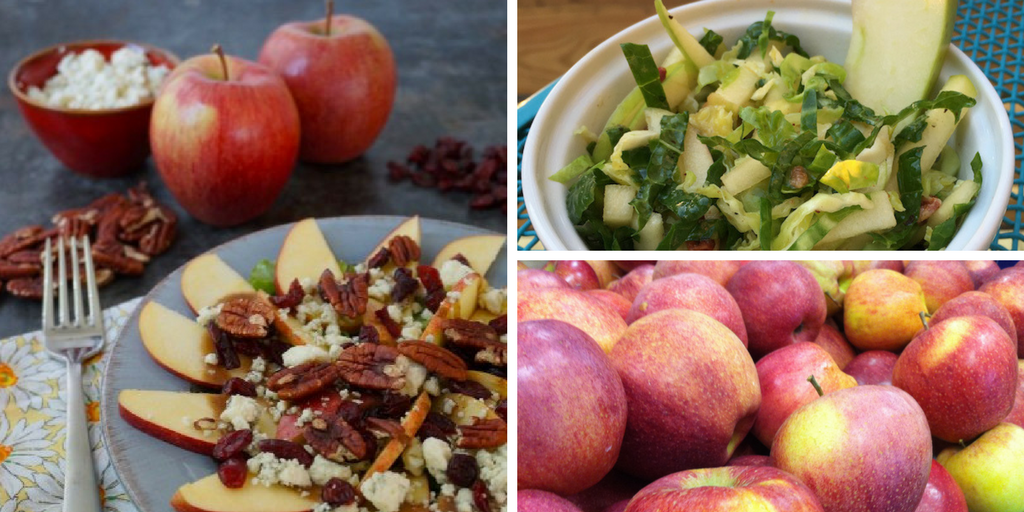 Looking for an excellent recipe to make with Cameos? Try this “Green Machine” Apple Salad our friends at PA Apples shared with us, or this “Lost Love Salad” from Weaver’s blogger Jennifer Hetrick!