I haven’t always had success with baking dumplings. The first time I tried to make apple dumplings, they exploded all over my oven. Later research revealed what I had done wrong, so I can now avoid the missteps that led to hours of kitchen clean up.

That’s good news because lately I’ve been craving peach dumplings. Peaches are in season at Weaver’s right now–and they’re freestone–so now is the time for making all kinds of peach baked goods.

This recipe is incredibly easy. Use a natural store-bought pie dough (or make your own), and then for the sauce just use a mixture of maple syrup and a little bit of water. Since it’s so easy, it’s a great recipe to make for dessert after a day in pick-your-own!

The ease of this recipe was inspired by Pioneer Woman, who uses crescent rolls instead of pie dough. But a natural pie dough is healthier than crescent roll dough, so I opted for that. The sauce was inspired by a recipe from a classic Pennsylvania Cookbook called Mary at the Farm, printed in Norristown, PA in 1915. The “peach pudding” recipe in that cookbook called for a simple syrup made of sugar. Maple syrup seemed like a flavorful, healthy substitute.

The result? A very peachy dessert with a well-balanced sweetness. 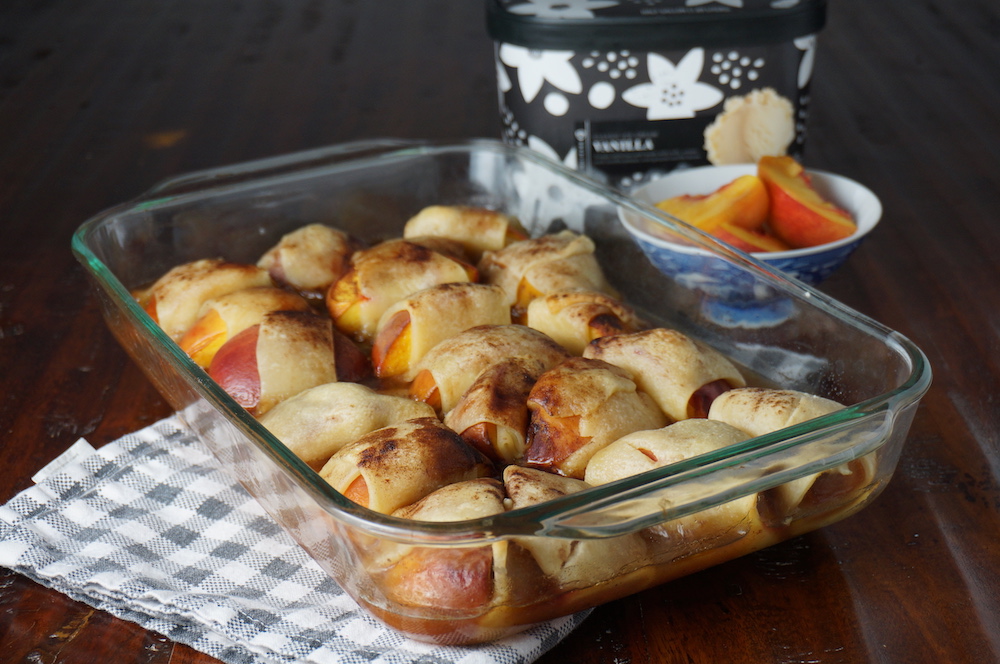 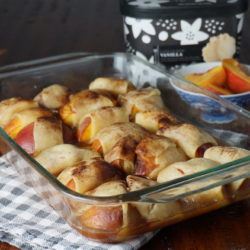 Serve with ice cream, if desired.