My husband often talks about one of my most spectacular kitchen failures. But he speaks of it fondly, and almost dreamily, because sometimes even the messiest kitchen mistakes are still quite edible.

Here’s what happened. I was trying to make apple dumplings. It’s a fairly involved process, especially when you don’t own an apple corer. So, I spent one fall afternoon peeling apples and then hollowing out the insides. I made dough, chilled it, rolled it out, and carefully wrapped the apples. I made a cinnamon sugar sauce and poured it around the dumplings.

Then I tucked them into the oven and happily went about some other business…. until I started to smell something burning. Maybe a little of the sauce had overflowed? I raced into the kitchen and discovered that not only had the sauce overflowed onto the bottom of the oven but the individual dumplings had exploded all over the entire oven (note the stray chunks of apple all over the sides of my casserole dish!) 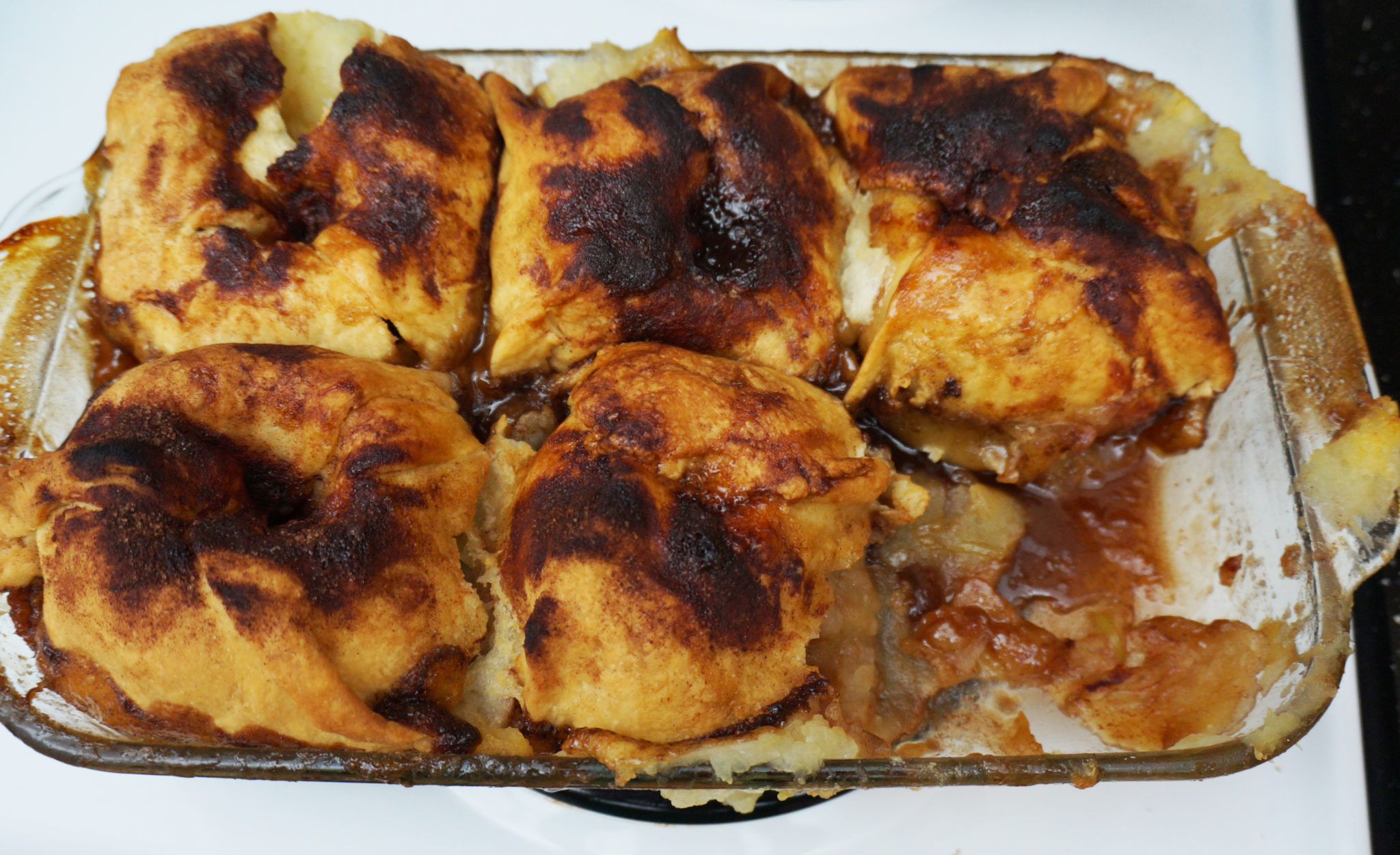 I know what went wrong. It turns out I’m not the only one who has created an apple Vesuvius. Even Food & Wine cautions: “Don’t bake too long or the dumplings may burst.”

So that’s the secret… watching them constantly, being careful not to over-bake them. Is it worth the risk of a wasted afternoon of apple-coring, dough making, and oven-scrubbing?

According to my husband, who helped me clean the mess, it is. He begs me to try it again. He loves all kinds of pastries but says this is one of his favorites.

So, yesterday evening, palms sweating, I started on this recipe once again. I still don’t own an apple corer, but I found that a corkscrew worked fairly well to get things started. I then used a thin knife to hollow out the rest of the core and remove all the seeds. 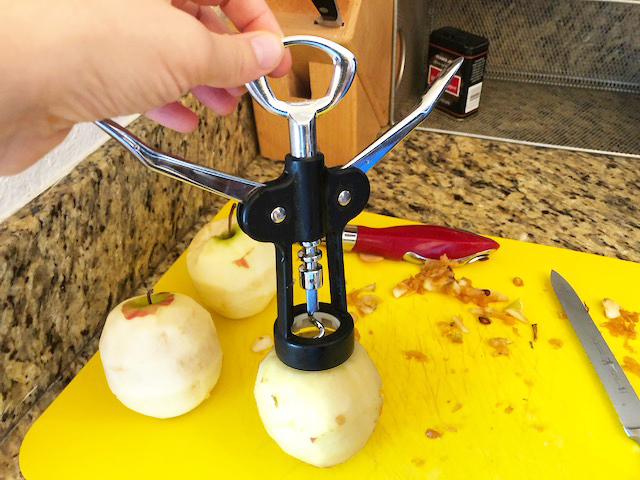 This time, I baked the dumplings differently–on a cookie sheet, and at high heat that then gets reduced partway through. This cooks the dough thoroughly, but without turning the apples into a highly volatile mush.

Success! This second time around, the dumplings remained deliciously whole.

My husband’s verdict? “I love this.” 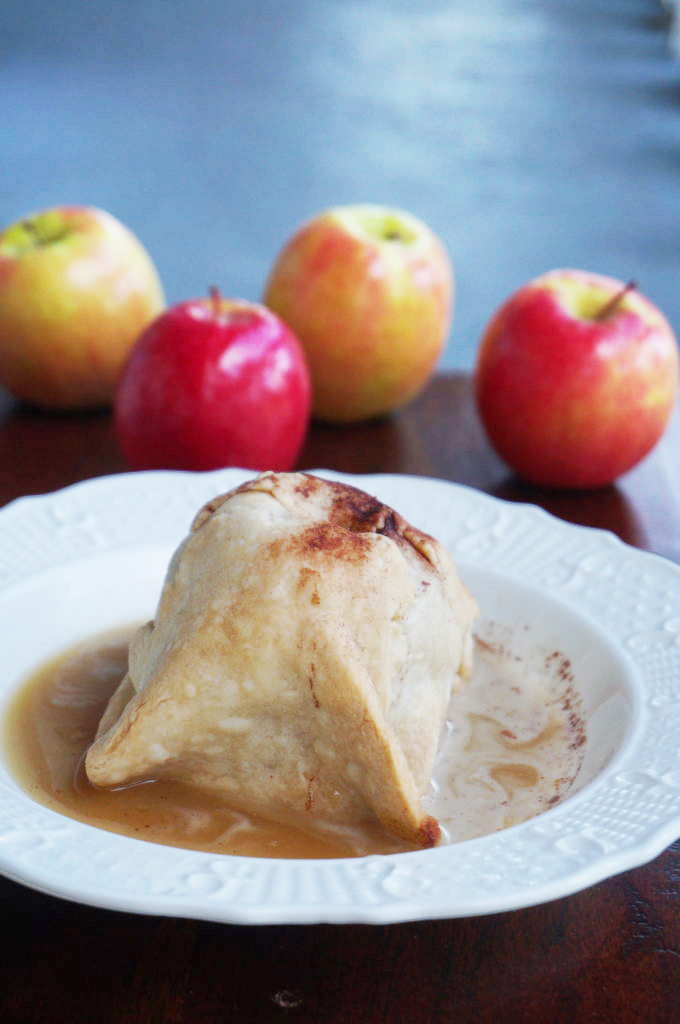 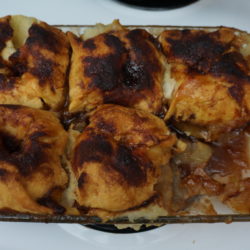