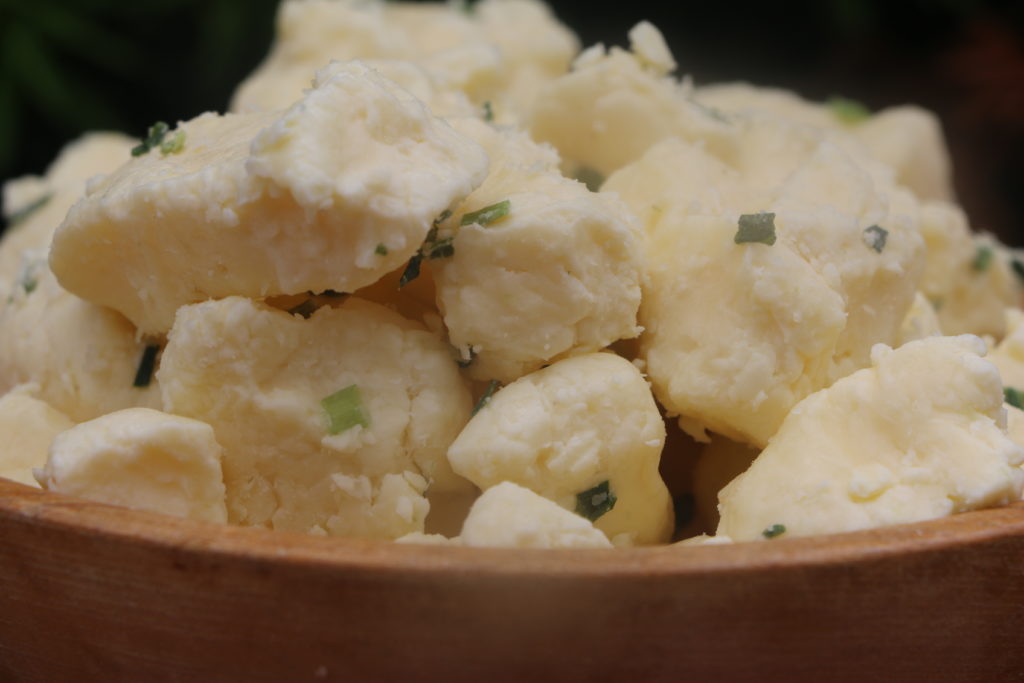 Lynford Wenger’s family produces these non-GMO dairy products on their farm in Leola, Lancaster County, where their Jersey cows have 10 acres for grazing across different patches of pastures everyday.

The operation, 15 minutes east of Lancaster, is run by Lynford and his wife Sharon with the help of their six children and a few neighbors who lend a hand when needed.

Focusing on raising Jersey cattle is a priority to the Wengers.

“The biggest reason we switched was that the milk is averaging 20 percent higher in protein, calcium and butterfat than in Holstein cattle,” Lynford says. “We might be above average.”

He points out that these numbers can vary based on the specific herds and their health. 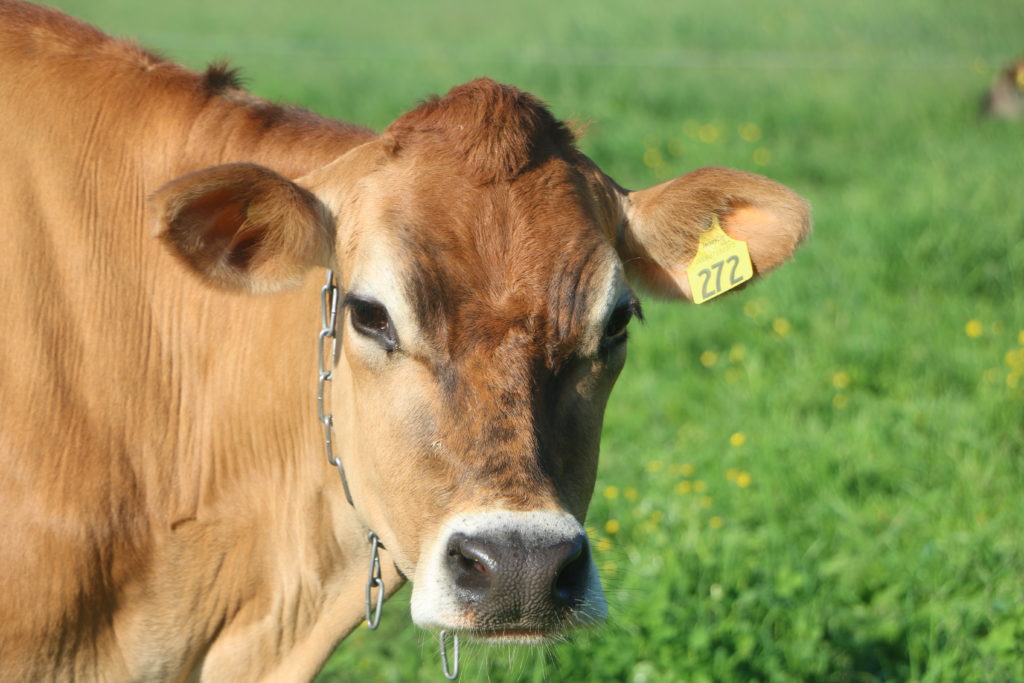 “Being a smaller animal, they tend to be healthier on their feet,” Lynford adds. “They’re more mobile than a typical Holstein cow going in and out of pastures, and I see less health issues in them.”

The value of A2A2 aspects of the milk is something he became aware of after transitioning to only Jersey cows.

A1 and A2 refer to the types of protein in the milk, Lynford explains. Dairy cows technically have A1A1, A1A2 or A2A2 proteins.

A2A2 milk is said to be healthier in the sense that it’s easier for some people to digest, especially those who don’t respond well to A1A1 or A1A2 milk.

And A2A2 is called the historically original milk in dairy cattle from Africa, according to a 2017 science article in The Atlantic; it is believed that the now more common proteins of A1A1 or A1A2—which not everyone’s digestive systems can tolerate well—started out as a mutation thousands of years ago in the time when cattle were brought to Europe and eventually to the U.S.

Lynford first learned about this through a man in Western Pennsylvania who bought a cow from him to have milk available at home for his family.

“After a year or two, he called and wanted to buy a second one,” Lynford says. “Then he called me shortly after that and wanted to know if any of the cows were A2. His children were allergic to the second cow’s milk but could drink the milk of the first cow.”

By allergic, Lynford says the symptoms were: getting sick to their stomachs, developing rashes and exhibiting hyperactive behavior.

“I told him, ‘If you’re seeing those reactions, I’m going to pay attention to that,” he adds. “My Jersey herd was already over 50 percent A2A2, which I didn’t know at that point.”

The man in Western Pennsylvania had the cows tested, and the results confirmed his theory, which led to Lynford researching more and deciding to specialize in A2A2; any cows which didn’t have this protein in their potential milk were sold to farmers who just wanted Jersey cattle in general.

To this day, the Wengers still test regularly to be sure the herd is A2A2-specific.

“A2A2 is the same as what’s found in goat’s milk and also breast milk,” Lynford notes.

Many people today drink raw milk because it’s full of useful enzymes which are normally destroyed in the heat of the pasteurization process. Leaving those necessary nutrients that aid proper digestion means those who can’t tolerate pasteurized milk can frequently drink it without a problem. Thus, Lynford admits that he’d like to learn more about the potential overlap between raw milk and the A2A2 protein, since his cattle are technically both.

In Pennsylvania, the department of agriculture’s rules for raw milk dairy farmers are much stricter than for those who produce pasteurized, homogenized milk, giving another layer of peace of mind for those who consume Pennsylvania raw milk.

The kefir and cheese curds the Wengers make start out raw but are pasteurized later due to legal requirements for this type of food in our state.

Kefir is a fermented yogurt drink with probiotic cultures and originated in the former Soviet Union; strawberry, peach and plain kefir by Meadow View Jerseys are for sale at Weaver’s Orchard. 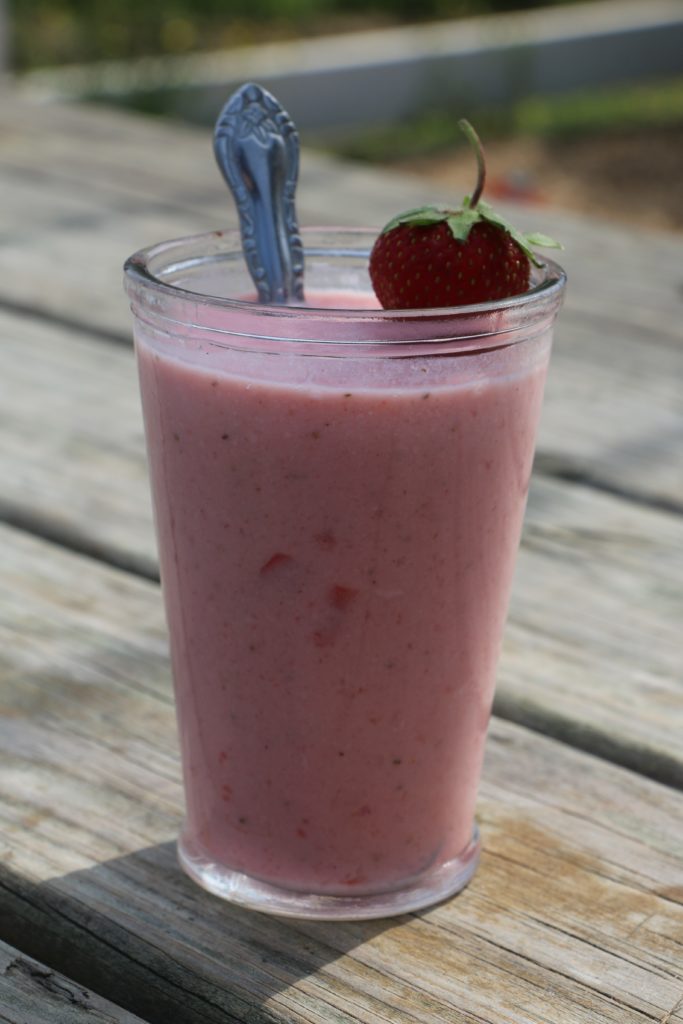 The market carries four kinds of curds made by the Wengers: garlic and dill, onion and chives, pizza and plain.

Lynford recommends eating curds with crackers and in salads but also points out that the plain variety can be breaded and deep-fried.

Farmers cheese, Lynford explains, is a mild, softer type of cheese. Its temperature during production gives it a different texture.

“I’m excited about it,” Lynford says about Weaver’s Orchard now carrying a selection of his family’s daily work. “I really enjoy working with them.”

The Wengers joined Taste of Weaver’s last month, and Lynford noticed a lot of interest in his products across the day’s visiting customers; he also says he likes that Weaver’s Orchard values promoting healthy food options for those who frequent the market.

“I like the idea of keeping food local, knowing where your food comes from and supporting small family farms and markets,” Lynford reflects about having a collaborative relationship with those who run the market.

Enjoy Some Recipes from the Wengers 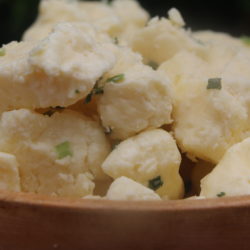