In high school, some friends and I volunteered at the Hay Creek Valley Fall Festival at Joanna Furnace, around the corner from Weaver’s Orchard. The Hay Creek festival recreates early American arts, like blowing glass, pressing cider, and cooking over an open fire.

It was this open-fire cooking that my friends and I signed up to help with. It was an opportunity to dress up in colonial garb and spend a day in the company of other women– chatting, chopping, cooking, and occasionally crying out, “I hate rabbits!” if the wind blew smoke at us. (Apparently this saying has a long tradition but an unclear origin.)

The recipe I remember best was called “chomp,” made with tomatoes, peppers and vinegar. The Hay Creek Festival still features open fire cooking, so I was able to find out what else we’d cooked: apple fritters and apple pot pie, among other dishes. Weaver’s featured the apple pot pie recipe on the blog a few years ago, and while the recipe below is not the one we made at Joanna Furnace, it’s quite delicious. But unlike cooking over an open fire, it is not too labor-intensive.

The resulting fritters taste like yeast donuts, but they don’t take as long to make since it’s baking powder, rather than yeast, that makes them rise.

After eating one more fritter, just to make sure I’m describing them right, I realized I should mention that they have a pleasant fresh apple flavor. The apples get soft and warm, but not as soft as they would in a pie. 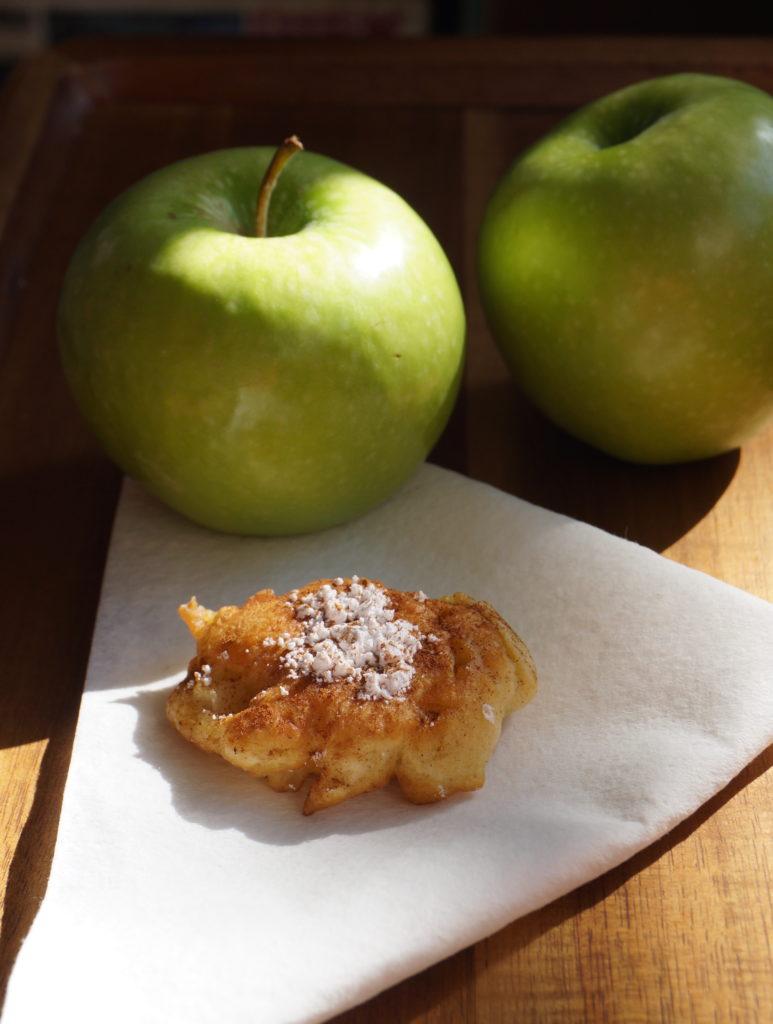 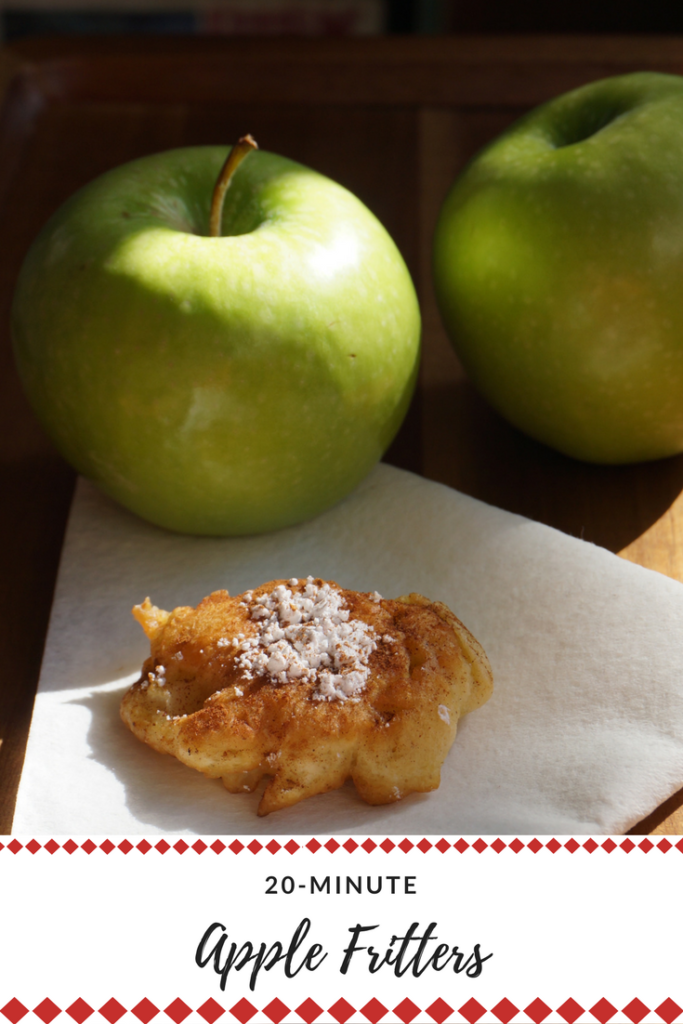