By Nancy Tirrell on June 7, 2018 in Berries, Cherries, Desserts, Recipes 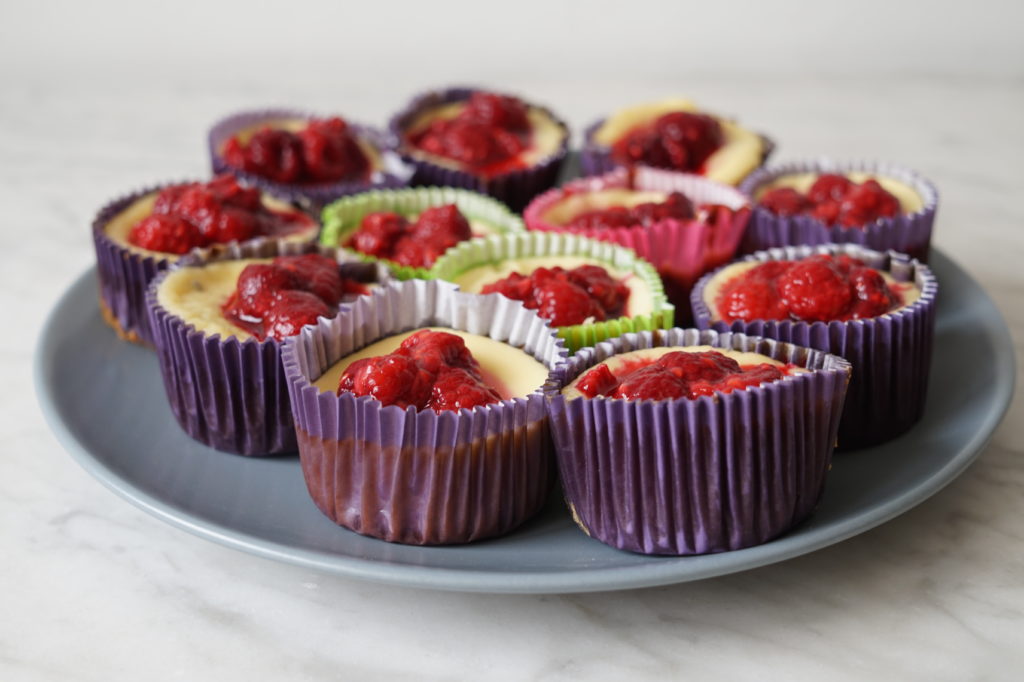 Did you know cheesecake has been a favorite food since ancient times?  There is evidence it was served to athletes as an energy booster at the first Olympic games in 776 B.C.  And ancient Greek couples often chose cheesecake as a wedding cake—though it didn’t bear much resemblance to the dessert we know and love today.

According to one website devoted to cheesecake, the sweet treat was popular for centuries before a Greek writer named Athenaeus wrote these instructions in 230 A.D.: “Pound the cheese until it is smooth and pasty–mix the pounded cheese in a brass pan with honey and spring wheat flour – heat the cheese cake ‘in one mass’ – allow to cool then serve.”

Although Athenaeus’ recipe doesn’t sound very appealing, it seems cheese, flour and sweeteners have always been a winning combination. Recipes evolved over time and spread across the world, where each culture made its own adaptations. Today, the most commonly used cheeses are cottage, ricotta, cream or Neufchatel cheese. Some recipes add sour cream, yogurt or mascarpone cheese.

New York style cheesecake has very few ingredients—mainly cream cheese, cream, eggs and sugar—nothing fancy added, and nothing fancy drizzled on top. According to What’s Cooking in America, this classic cheesecake did originate in New York City. Arnold Reuben, owner of the Turf Restaurant at 49thand Broadway, claims his family made a simple change in 1929 that revolutionized traditional cheesecake recipes. While other bakeries used cottage cheese, he began experimenting with cream cheese. As soon as the restaurant started serving his new innovation, this cheesecake became a sensation and its popularity hasn’t waned.

Even cream cheese itself is native to New York. While trying to imitate French Neufchatel cheese, dairyman William Lawrence of Chester, NY, produced the first cream cheese in 1872.  It was richer and creamier than Neufchatel, and required no aging process.

Lawrence’s “cream cheese” gained popularity, but it wasn’t until a shrewd businessman named Alvah Reynolds branded the spread “Philadelphia Cream Cheese” that sales began to soar. Even though cream cheese had no historic roots in Pennsylvania, the Philadelphia area was known for high quality dairy products in the late 1800’s.  Reynolds’ idea was a winner, and his brand quickly became a household name.

So despite one of the brand names, it turns out that both New York style cheesecake and the cream cheese that makes it unique are truly New York inventions. 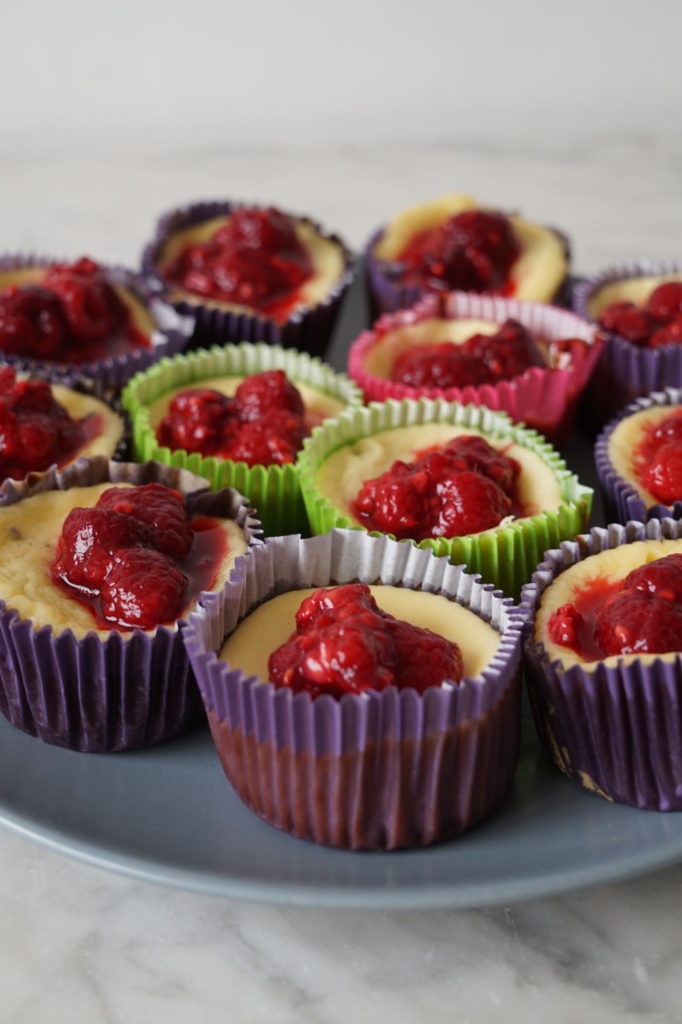 The following recipe may not rival Mr. Reuben’s, but it will be a hit at any gathering. The next time you join friends or family for a picnic or a party, bring along a batch of mini cheesecakes. Topped with seasonal fruit, they look festive and are guaranteed to disappear quickly!

For a delicious variation, try using chocolate sandwich cookies instead of vanilla wafers!