But to John Henschel, telling stories like Johnny Appleseed’s is a whole way of life. 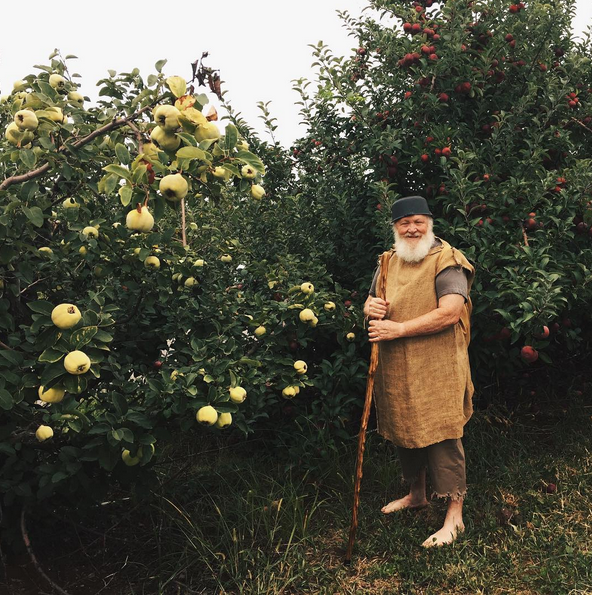 On a typical day in September or October, you might find John Henschel dressed in burlap, wearing a metal pot on his head and sharing rich details about Johnny Appleseed’s life with kids at elementary schools and orchards, or even adults at senior centers.

He got his start as Johnny Appleseed when he dressed up for his grandson’s kindergarten class at Brandywine Elementary School in Topton. The sight of a tall, bearded man dressed in burlap clothing and wearing a strange hat caught the attention of the other elementary school teachers, and by time he left the school, he had visited all of their classes! Now he returns to Brandywine, and also travels to French Creek Elementary and Robeson Elementary as well as retirement communities like Dock Woods and Frederick Living.

But that’s not all.

On a typical day in December, you might find him dressed as Santa Claus. Last year, he appeared 36 times as Santa Claus! One of his favorite holiday appearances is at an event for young women and girls with Rett Syndrome (a rare, paralyzing disease that primarily affects females).

On Sundays, you might find John dressed as a Bible character, telling Bible stories for kids at his local church.

On other days, you might find him telling the stories of woodland creatures, complete with animals he has carved and painted, at one of his wildlife talks at Bear Creek resort and other venues. 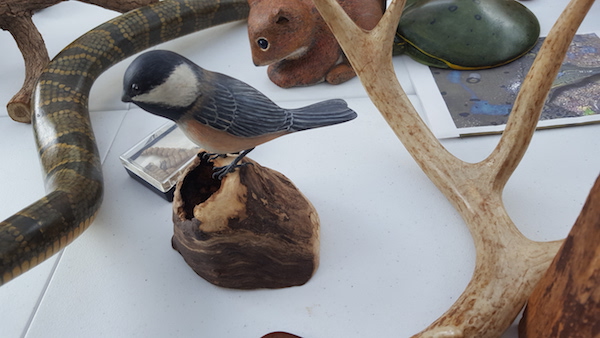 Or, then again, you might find him sharing his own story. John, 68, served in the Vietnam War. He came home to a culture that did not want to hear his story because the war was so controversial. Recently, though, schools have begun asking for veterans’ stories as a way to say “thank you for serving,” and John feels grateful for the chance to remember and share.

Why does John spend so many days of his life telling stories? “We need to be lifted up,” he says. “We need to share the good things.” His stories reflect on what it means to live.

And when it comes to sharing Johnny Appleseed’s story, John feels a genuine connection to this historical character he has portrayed for ten years.

John Chapman, the original Johnny Appleseed, was a pioneer. “A lot of people relate to the pioneer spirit,” says John Henschel, finding himself connecting with Johnny because he also loves spending time outdoors.

John emphasizes that Johnny Appleseed isn’t just a legend – you can find out a lot about his actual life! With some historical characters, he says, “people blow up” their stories, but everything he tells kids about John Chapman is true, researched himself. 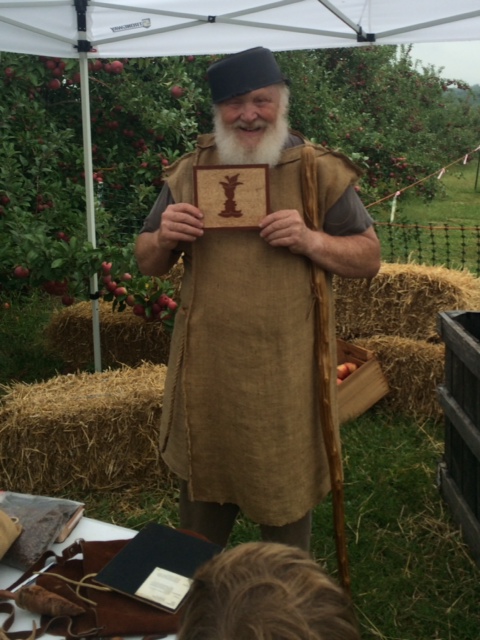 Here’s a snapshot of what he has learned:

And why did he wear that metal pot on his head? Join us on Saturday, September 10 from 10 a.m. to 3 p.m. and you’ll get to meet Johnny Appleseed and find out! 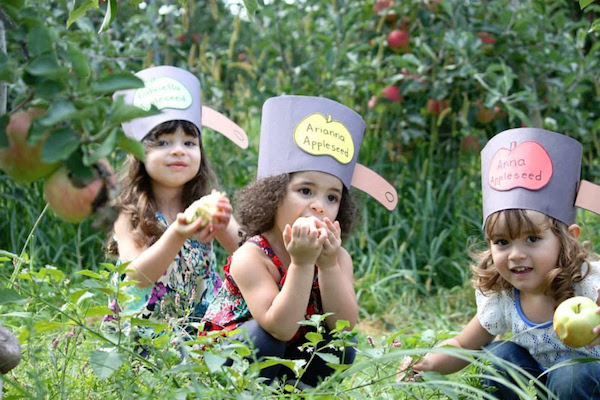