Fall is a time filled with a lot of parties and get-togethers as we make the most of nice weather and safer roads before we hibernate for the winter. That means it’s a good time to think about hostess gifts. And fall means that Christmas is just around the corner, so before we know it we’ll be planning our gift lists.

Today I spoke with Edie Esh about her gift-giving ideas. Edie is a familiar face around Weaver’s Orchard. In fact, she has been an employee so long that sometimes customers assume she is a member of the Weaver family! When she started working here 22 years ago, she was hired to be in charge of the store. It was much smaller then, and though it was open year-round, it was open fewer days of the week. At that point, the market was just one room with one register. It didn’t have a bakery or deli. When Weaver’s did start a bakery, Edie was in charge of it.

Edie has the inside scoop on gifts at Weaver’s because she is in charge of making them! Year-round, Edie makes fruit baskets, usually about one per day. But things always pick up in December, and sometimes she and her team have made at least 1,000 gift baskets in that month alone! 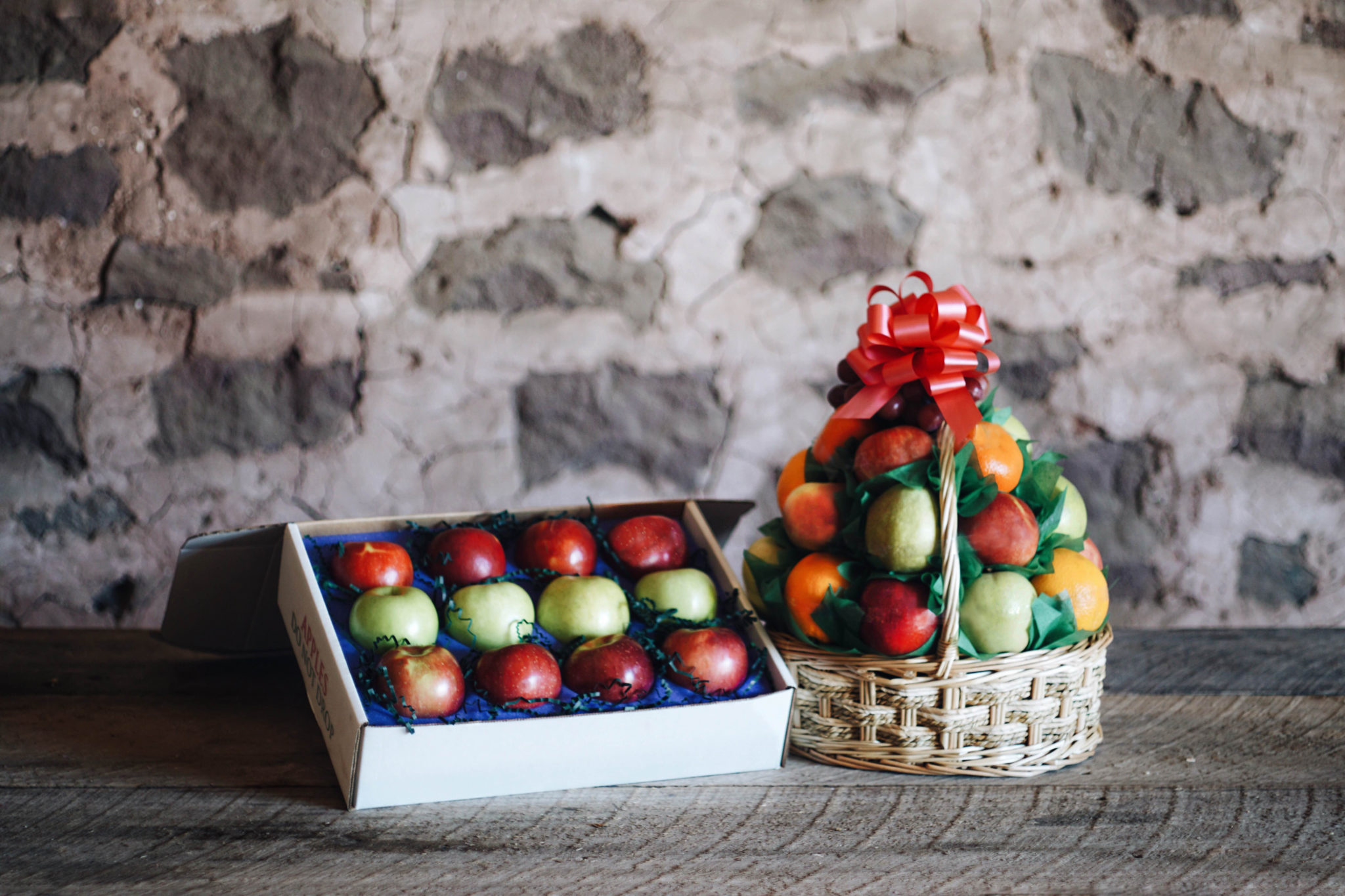 She is in charge of assembling each one by hand, collecting the fruit, gathering any add-on items people request from the store, and carefully arranging the contents into an elegant, eye-catching display.

For large fruit baskets, this can be a very involved process. Earlier this week, Edie put together such a huge fruit basket that it took 45 minutes to collect all the produce and another 45 minutes to assemble it! That’s evidence not just of how impressively big some of the fruit baskets can be (our largest one contains 103 pieces of fruit!), but also of the care Edie puts into making each basket beautiful.

Having made so many fruit baskets with so much care, Edie has great ideas for creative baskets.

She loves the idea of giving a cute basket of apples, filled with all different varieties, and accented with an apple slicer, caramel dip, and baked goods made with fresh Weaver’s Orchard apples. Edie notes that these can be made-to-order with almost anything that is available in the market.  You can find out what the recipient’s favorite foods are and put them in the basket, says Edie.

Another item that would be perfect for an all-apple fruit basket? The apple pie or caramel apple pie fudge that Edie was making today when I talked to her.

Edie makes the fudge on site at Weaver’s, with real butter. For the two kinds of apple pie fudge, Edie adds apple schnitz (dried apples) and Weaver’s own award-winning apple cider. Next week, she will be making a seasonal pumpkin fudge.

For many types of fudge, Edie will also add Weaver’s own fruit when it is in season: peaches, blueberries, raspberries and more.

All kinds of fudge make a great addition to a gift basket, or a great hostess gift on their own! Edie’s own favorite flavors are peanut butter and chocolate mixes. 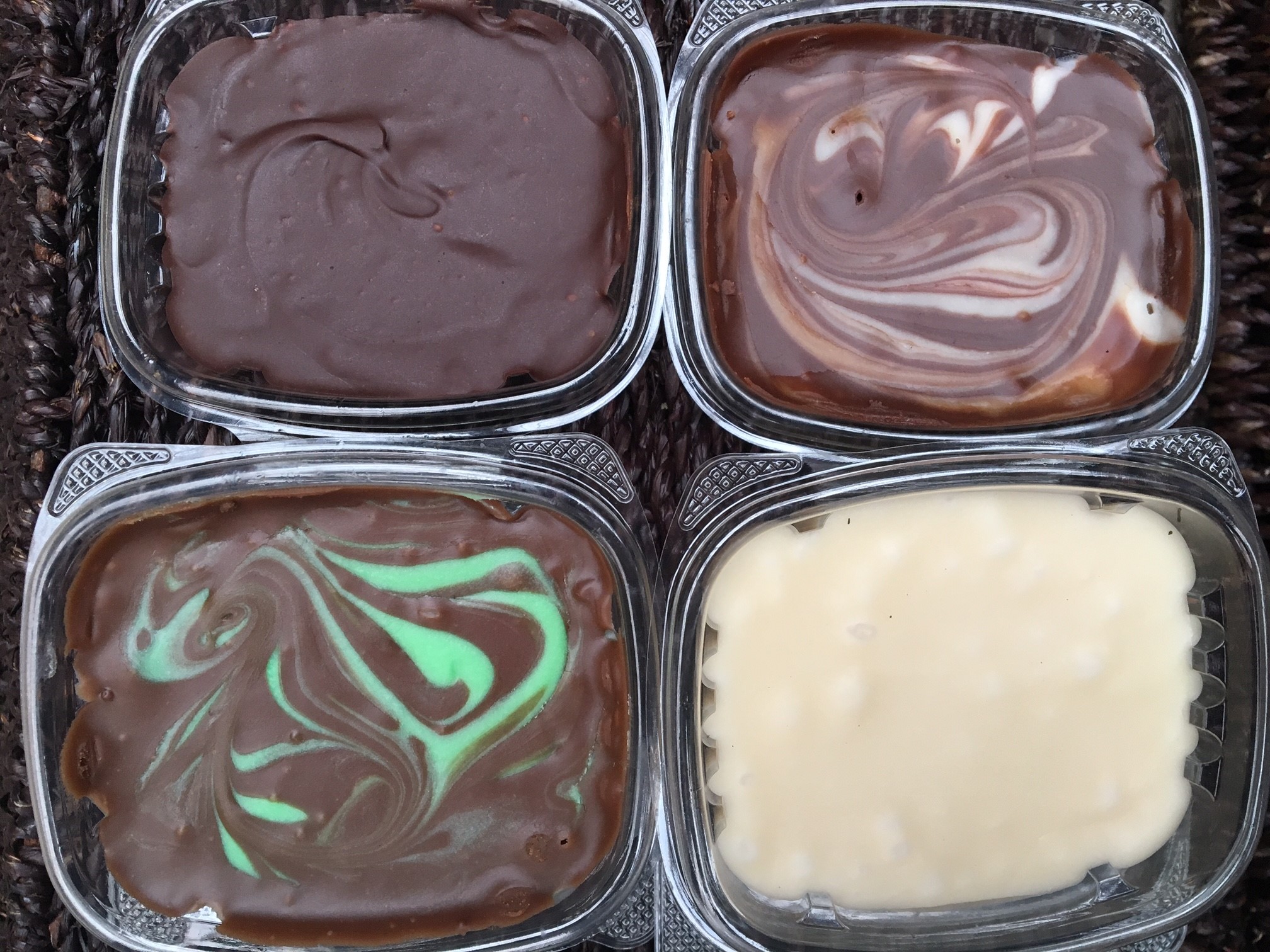 Another gift basket add-on option, instead of or in addition to fudge, is Weaver’s own Orchard Blossom Honey, made from the bees that pollinate our orchard. (How about giving a fun honey + honeycrisp fruit basket?) 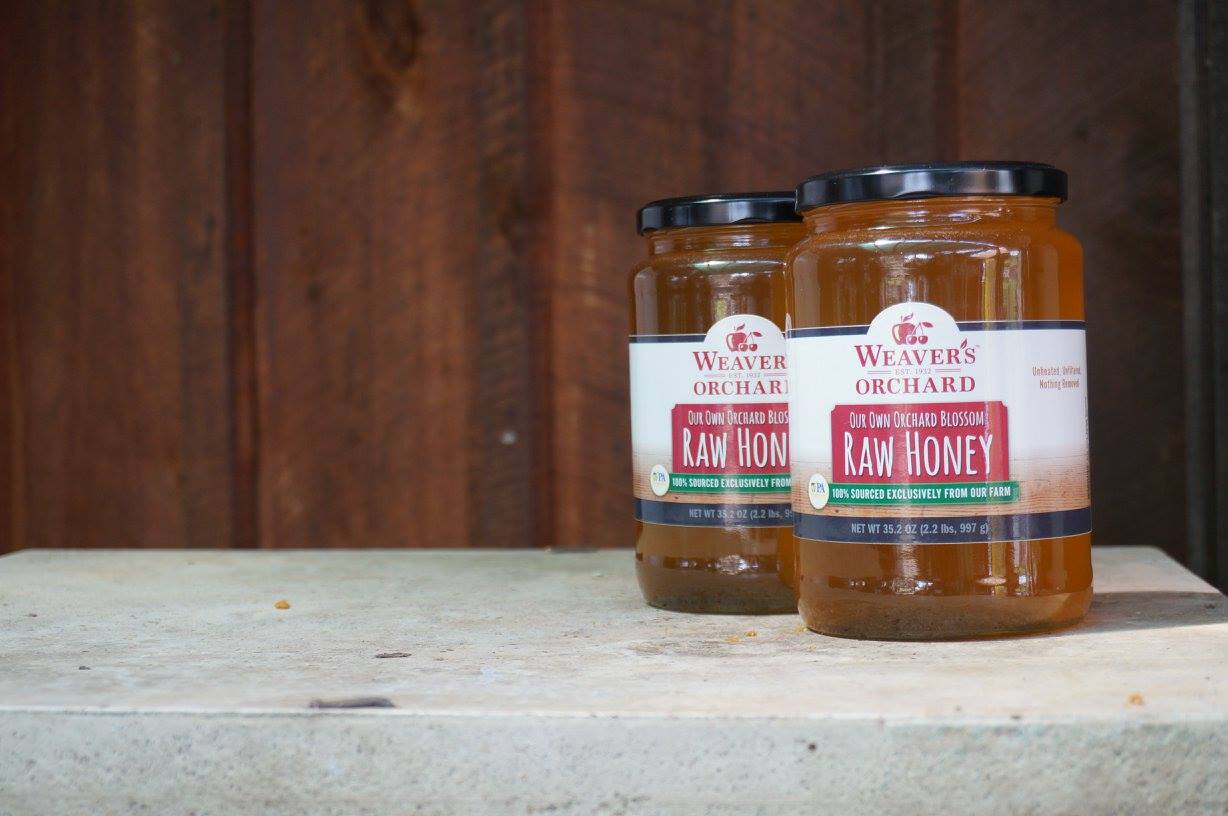 But it always comes back to what the recipient likes. You might have a friend, for instance, who loves to incorporate lots of vibrant local veggies into their diet. A mix of fruits and veggies or even an all-veggie gift basket would be ideal for this friend! Edie says all-veggie baskets look very pretty, especially with a black eggplant, red pepper, radishes, garlic and tomatoes. “You try to choose the colorful ones,” she says of the veggies she selects.

As a fun hostess gift, you could even bring a salad-themed veggie basket with lush local lettuce and other veggies. Just be sure to refrigerate the contents of the veggie basket right away, cautions Edie. Since veggies are so perishable, these baskets have to be ordered, picked up and given on the same day.

Whatever you choose, it’s delightful to give a gift basket knowing that the produce was grown locally, at a family-owned farm. And when you give fudge or a gift basket, you now know a little more about the person who makes them!