By Rebecca Talbot on June 20, 2019 in Cherries, Desserts, Featured, Recipes

Lately, I’ve been researching recipes from Italy in an attempt to learn more about my own culinary heritage. The Italian side of my family is my father’s side. My dad’s grandfather was the first generation born in America, in 1890. Perhaps because women have traditionally been the keepers of culinary heritage, and my Italian blood comes from my father’s side, I haven’t learned any “true” Italian dishes through my family. So I’ve wanted to uncover them.

When I went looking for a cherry dessert recipe from Rome, I began to learn a sad history. I found a recipe for crostata ricotta e visciole, which the site I found described as a kind of cherry cheesecake served in the “Roman ghetto.”

Rome’s Jewish ghetto was created in 1555 by the pope’s decree, and the Jews were forced to pay for the construction of the wall around the four blocks that became the only place in Rome where they were allowed to live. For permission to live even in this cramped, flood-prone part of the city, they had to pay a special tax.

Whenever they left the walls, they had to wear yellow kerchiefs and hats that would identify them as Jewish, and they had to return before the curfew, when the gates would be locked. Even in the ghetto, they were not allowed to own property. They were restricted to low-paying jobs. They were subjected to a great deal of public humiliation, like having to walk a gauntlet of Roman Christians yelling insults at them during the annual Carnevale (Mardi Gras) celebration.

It was only in 1870 that Roman Jews were given full citizenship.

Today, Rome’s Jewish ex-ghetto bears many reminders of its history. This includes plaques describing the devastating events of Oct. 16, 1943, in Nazi-occupied Rome. Part of what is so devastating is that these events were very nearly avoided. Mussolini had already been overthrown, and according to the New York Times, the weaker government that took over announced a truce with Allies on September 8, 1943. Despite this, the Nazis reclaimed power in a battle in Rome that claimed the lives of 597 Italian soldiers and civilians, including nearly 30 women. Back in power, the Nazis stole gold and all the treasures of the Jewish community’s libraries, and then on October 16, deported over 1,000 Jews to Auschwitz. Fewer than a dozen survived.

Learning about this history, I remembered sitting with my husband and one of our Jewish friends, and hearing him talk about how the persecution his people have experienced made them so keenly aware of the need to stand up for others’ civil rights as well as their own. I can see that in lives of the Jewish people I have known.

This history also makes me think about how it is important not to look away from stories where my ancestors have caused suffering to others. I am proud that both of my grandfathers served the Allies in World War II, but I also know that, farther back, my ancestors living just north of Rome may have been among the crowds hurling insults. If I am aware of history, I will know how easy it is to normalize violence and discrimination. If I can look history in the eye, I can better face today. And there’s no time like the present to face the past and work toward justice, as Jews in America are facing increased violence.

Remarkably, the ex-ghetto in Rome is now a happy, bustling place, according to those who have been there–a fashionable, sought-after culinary destination. Visiting this area, “it was impossible,” writes David Laskin in the New York Times, “not to be stunned by the contrast between the festive present and the somber past.”

Perhaps in serving this delicious cherry cheesecake recipe from the Roman Jewish tradition, the past and the present can come together, as a moment to teach others about the history behind this dish. It is certainly a delicious dessert, with all the flavors of a cannoli mingling with the tangy flavors of tart cherries.

If you are making this cherry cheesecake when tart cherries are in season, you can use the following recipe to make your own low-sugar cherry preserves. If you don’t have Pomona’s pectin on hand, try this recipe instead (you can reduce it because you only need 8 or 9 ounces of cherry preserves). 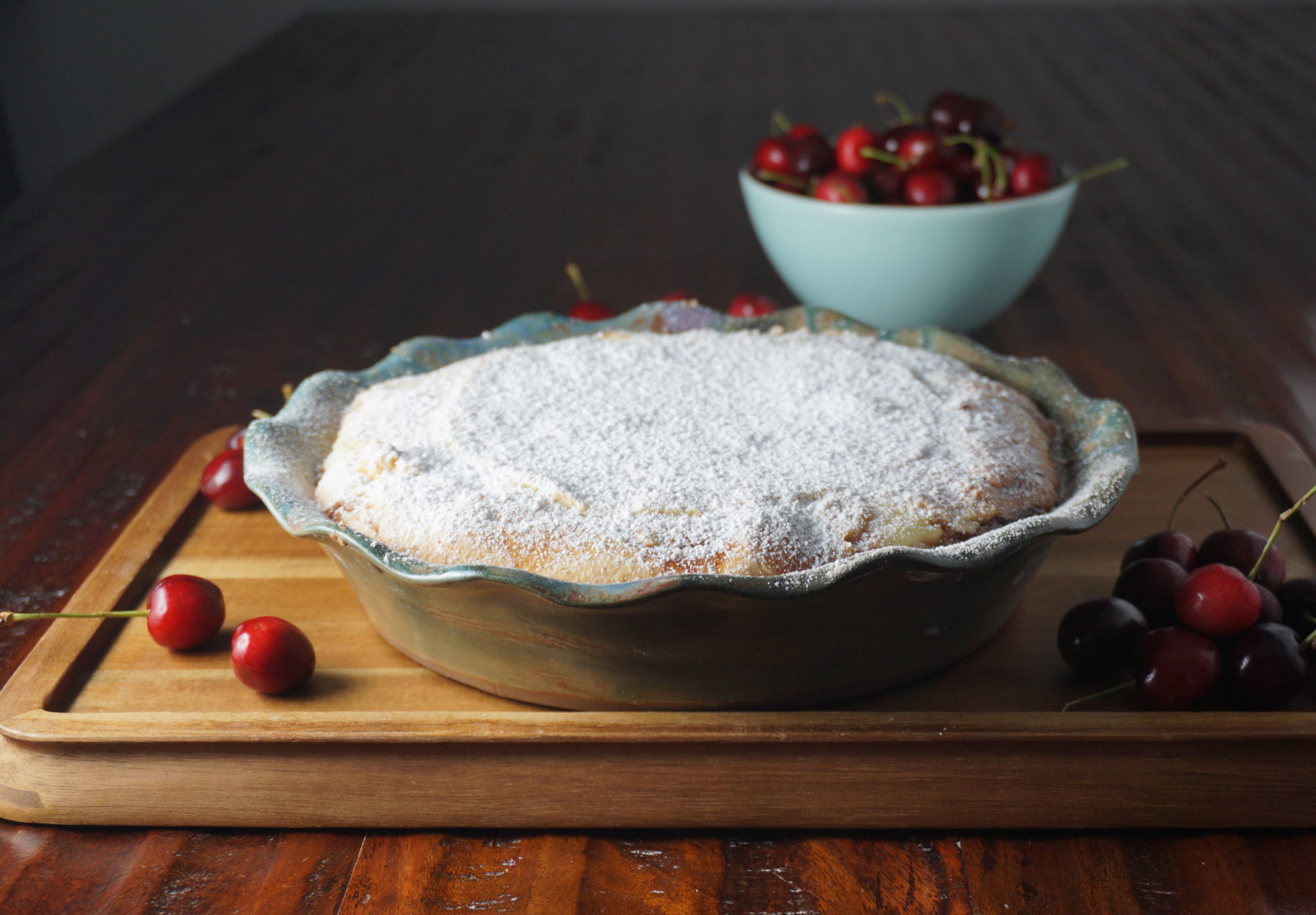 Adapted from Food in Jars

And here is the cherry cheesecake recipe: 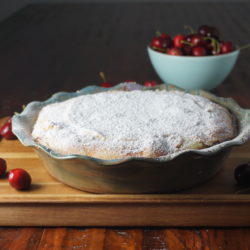