This Christmas, head to Weaver’s Orchard for thoughtful local gifts. Not only can you ship our apples to far-flung friends and family and select elegant fruit baskets for clients, employees, teachers and friends– you can also browse the market itself for local gifts that are hard to find elsewhere.

My mother often selects stocking stuffers from Weaver’s, and I’ve purchased coffee there as a gift for my brother.

Here are a few locally made gift items I recommend this year. 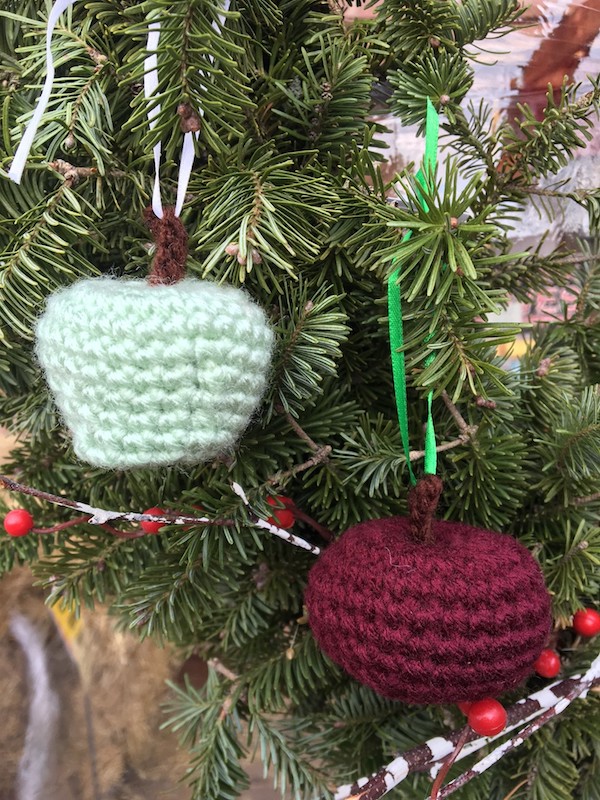 Alyssa Waite comes from a family of crocheters and business people. Her great-grandmother tried to teach her to crochet when she was very young, but it wasn’t until her aunt gave her a book on crocheting that she re-taught herself and kept it up. As far as the business side of things, her father runs a small business, and she grew up feeling like it was something she could do, too.

It wasn’t long before Alyssa put these two family traditions together and started selling intricate crocheted miniatures. She was seventeen at the time, busing tables at Shady Maple’s cafe, and her father encouraged her that this was a good time to start her own business. It would be less risky to start her venture while she was still living at home. She soon set up an Etsy shop, began attending craft fairs and started selling many of her products by word of mouth.

Now, as a college student at Lancaster Bible College, she keeps up her business crocheting adorable miniatures. She sells her products locally not just at craft fairs but also at Weaver’s Orchard and a shop in Lititz. With each item she crochets, she enjoys the process of getting ideas for what to make and bringing that idea to life. 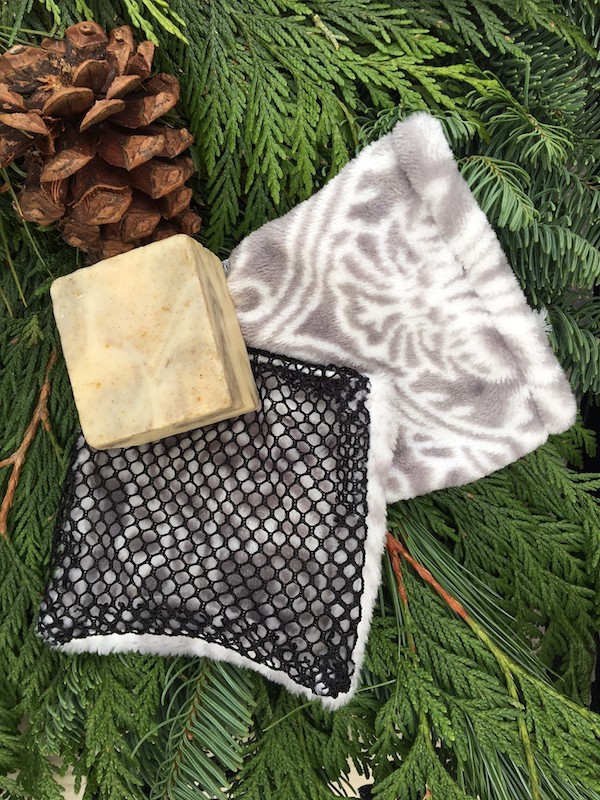 Lisa Pegler turned a pet peeve into a business idea. Many of us hate when we get down to the end of a bar of soap. You pay a lot for a bar of soap, and then the ends get slimy and hard to use, and sometimes they slip away down the drain before we have the chance to finish using them. Lisa decided she wanted a bag to collect soap ends and make them usable. A few months ago, she found one, but it wasn’t quite what she wanted. She envisioned a bag that would have either soft fleece or terrycloth on one side and mesh on the other.

Since she couldn’t find exactly what she wanted, she decided she would make it herself. As a graphic designer and art teacher, Lisa has spent years designing and making things. Not only that, Lisa has also sewn curtains and pillows for herself and others over the years, and, as a home economics teacher, she has instructed others in the art of sewing. So, a few months ago, just in time for this Christmas season, Lisa began selling soap bags at Weaver’s. These fleece-and-mesh or terrycloth-and-mesh bags are ideal for the frugal person on your gift list! Lisa recommends matching them with a few bars of SallyeAnder’s artisan hypoallergenic soap.

While you’re at the market keeping an eye out for Lisa’s soap bags, you might even see Lisa here as well. She first started working at Weaver’s in 2008 and is back with us again after retiring from teaching. 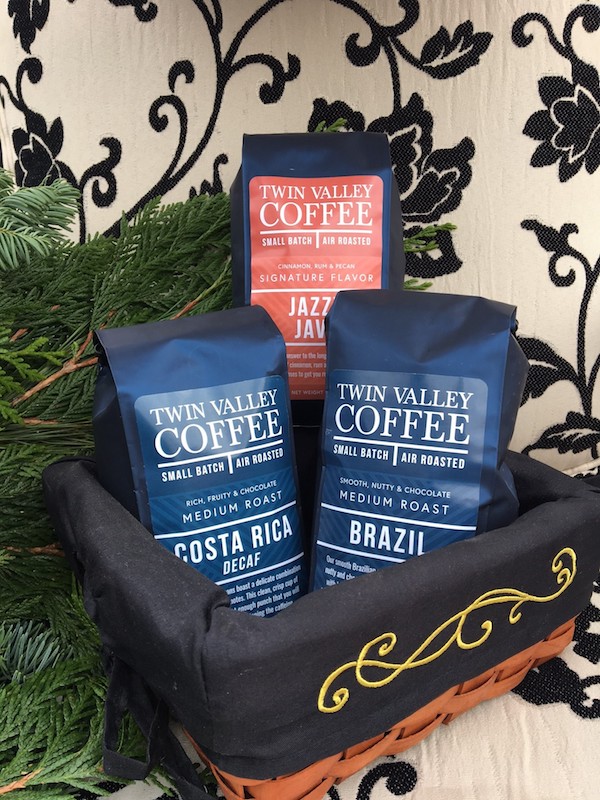 Since its founding in 2004, the Burkholder family has nurtured Twin Valley Coffee into one of the signature businesses in Elverson, PA.

The story of the coffee business began when one of the Burkholder’s friends came over for dinner and brought coffee beans he had roasted himself. A year later, the memory of that freshly roasted coffee still lingered, and the idea of roasting and selling their own coffee took shape. Lynn Burkholder bought fresh green coffee beans and roasted them to a rich brown using an everyday kitchen appliance—a hot air popcorn popper.

Soon, he built a fluid bed roaster.  He preferred the characteristics of fluid bed roasted coffee far above the more traditional roasting drum, and this is how Twin Valley Coffee still roasts its beans today.  In a fluid bed, or air roaster, coffee beans circulate fluidly as a stream of hot air lifts each bean in the air and rolls it over as it roasts.  In contrast, a drum roaster, the more traditional equipment for roasting coffee, heats beans as they touch the hot drum.

By 2012, Twin Valley Coffee needed a bigger air roaster to meet the demand for their coffee. Swing by Weaver’s Orchard to try Twin Valley Coffee by the bag or by the cup, and you will see why! And then you will want to share it with every coffee drinker you know. Christmas is a great time to do just that! 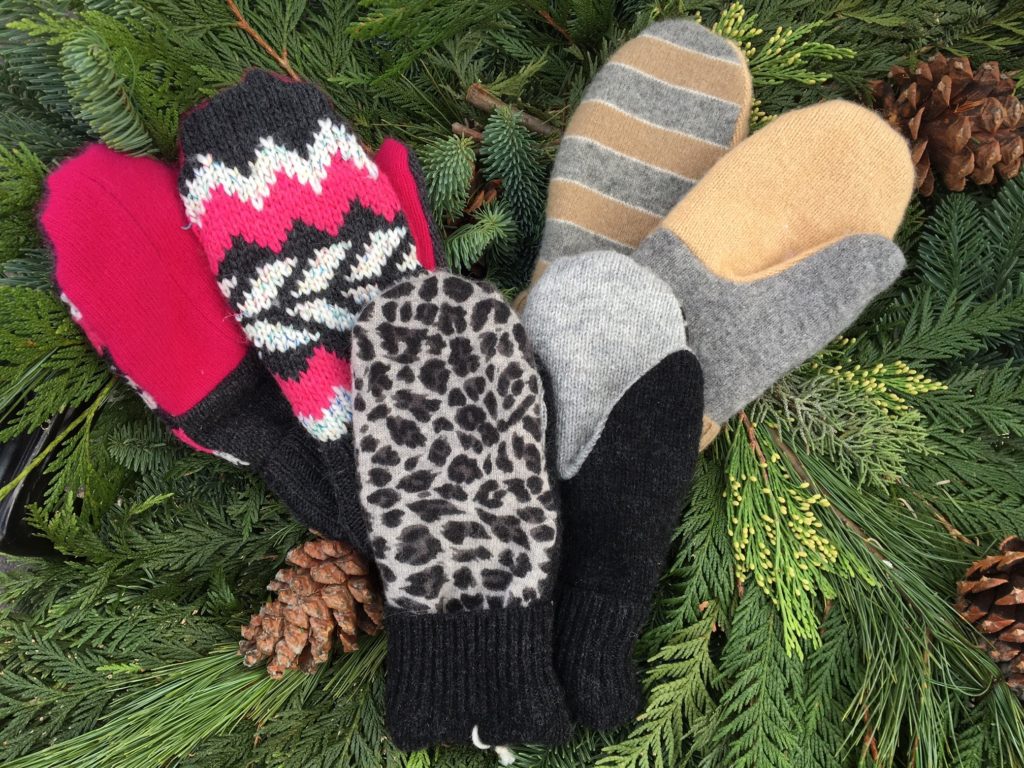 Deb Weinhold’s project of turning sweaters into mittens began when a friend in the Valley Forge Rug Braiding Guild introduced her to the idea. That was eight years ago, a few years after Deb began to braiding rugs.

When I asked Deb about the parallels between braiding rugs and making sweaters, she said it’s that both require her to work with wool.

To gather wool and other natural fibers like angora and cashmere for her mittens, Deb shops at Goodwill and Salvation Army, especially on their half-price days. “It’s a treasure hunt,” she says. By this point, others know she is on the lookout for sweaters, and one friend recently gave her three garbage bags full!

It’s handy to have a good stock of sweaters ready, especially since she shrinks each one so that it won’t unravel when cut. One mitten uses three different sweaters. The mittens are made entirely of sweaters, and Deb works hard to match both the colors and thicknesses of the fabric.

And then she gets started making them, in March or April, wanting to begin the season with one hundred mittens made. Once her stock is ready, part of the fun is seeing the combinations customers will like.

Head to Weaver’s and pick up some of Deb’s recycled sweater mittens for a friend this Christmas!