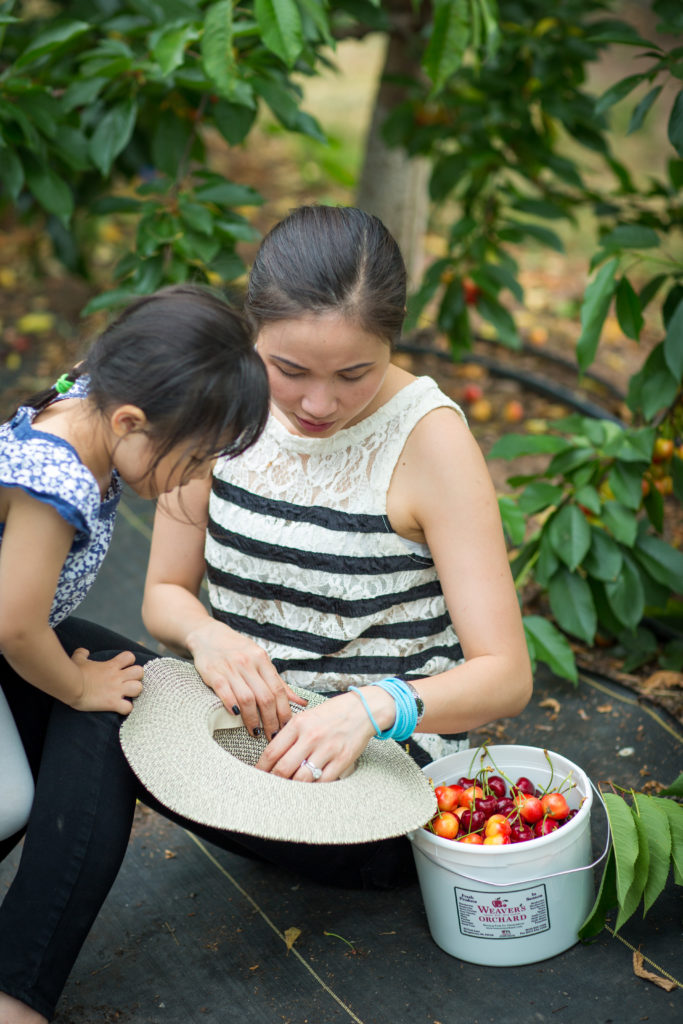 First-prize winner Hiep Nguyen of Collegeville caught a tender moment his wife and daughter shared as they picked cherries on a Saturday morning in June 2016. His young daughter looked into an empty hat and wondered if they could use it to carry more cherries since their basket was already full.

“Picking fruit is one of my family’s main activities during summer time,” says Nguyen. Though Weaver’s isn’t right around the corner, Nguyen says “we love the freshness of the fruits and the variety Weaver’s farm has to offer so it’s worth it for us. We love watching the kids enjoying it as well.” The Nguyen family moved to Pennsylvania last year during cherry season—and during a year when a mild winter followed by an April freeze damaged many cherry crops throughout the region. “We were very disappointed but we still kept looking for alternatives and we finally found Weaver’s Orchard.” 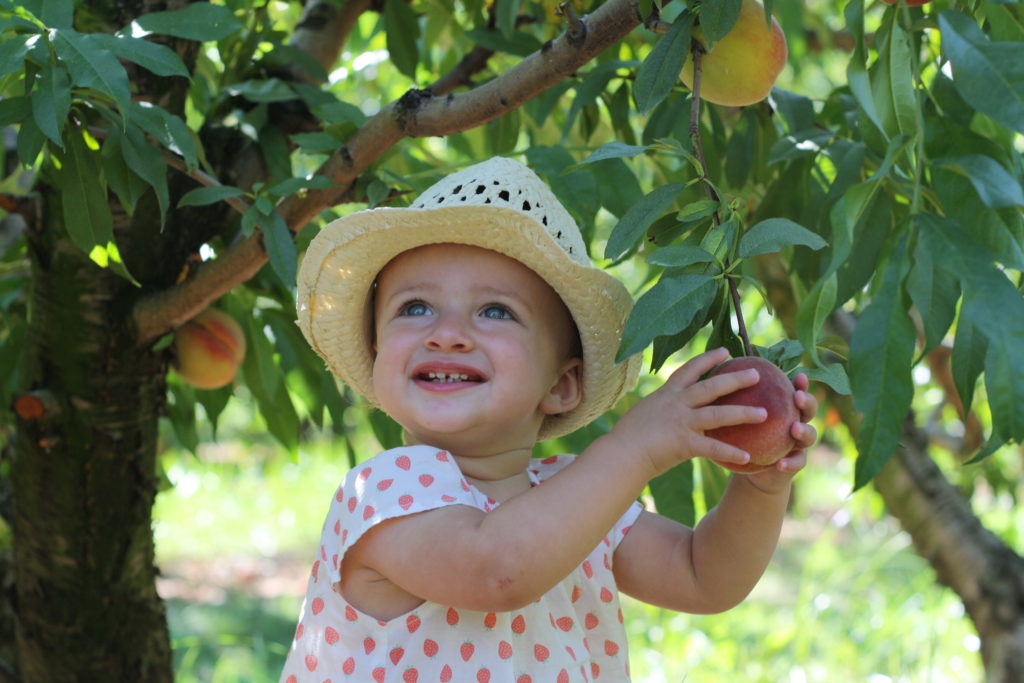 Tiffany Shoffner of Morgantown snapped the second-prize-winning photo of her daughter Joie’s first experience of peach picking. “When we had our daughter in June of 2015 we couldn’t wait to bring her to pick-your-own,” says Shoffner.  One weekend when her parents were visiting, the family decided to take Joie peach picking. “Joie had never tried a peach, so we weren’t sure what her reaction would be, but as you can see from the pictures, peaches became her most favorite fruit and still are to this day!” 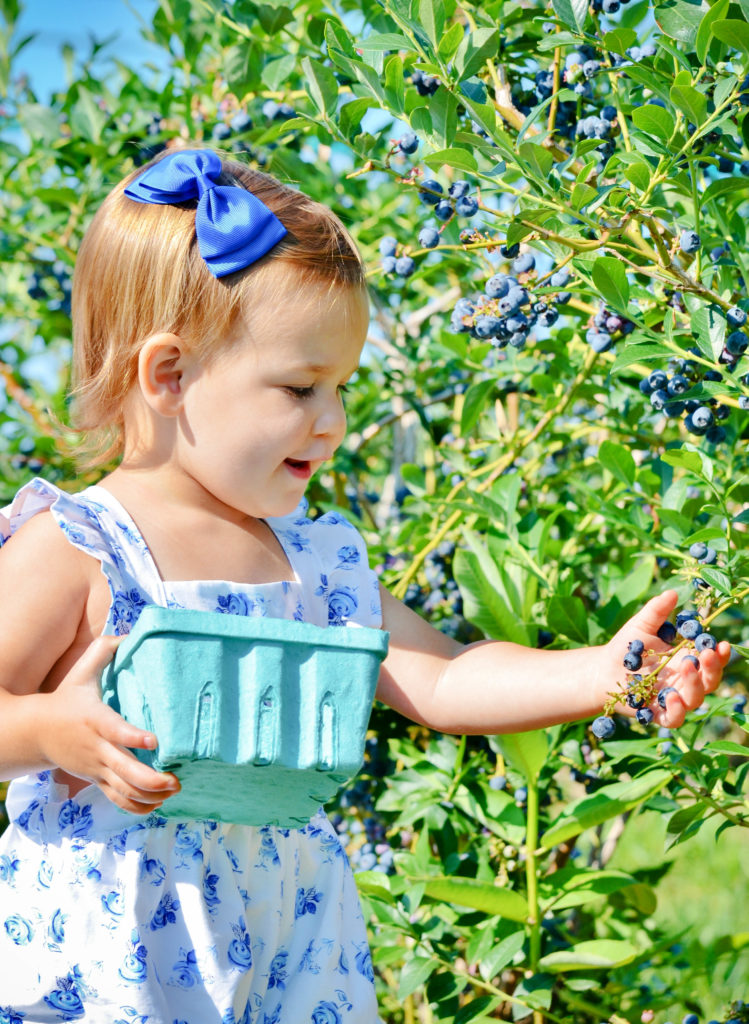 Mallory Kercher of Reading won third prize for her photo of her two-year-old daughter enjoying blueberry picking. “The kids enjoyed searching the bushes for the biggest, bluest berries they could find,” says Kercher.  “I must admit I think they ate as many as ended up in their baskets!” This was the first year the Kercher family, who has been coming to Weaver’s since 2012, decided to expand beyond apple picking. “The kids had a blast,” she says, adding that they are “already asking when we can go back to pick fresh fruit again.” 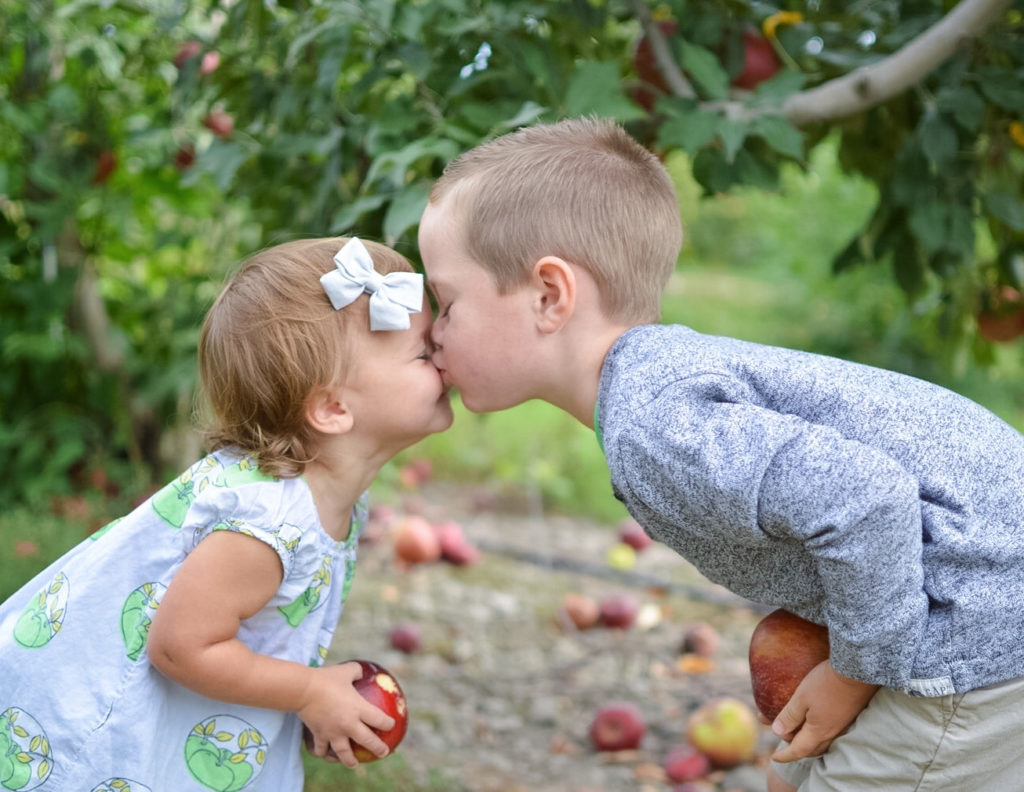 Ashley Weaver of Morgantown (no relation) claimed honorable mention for a sweet sibling moment she captured during apple picking. “We’ve been visiting Weaver’s orchard since our son, Owen, was a baby,” says Weaver. “Now he gets to share the fun with his little sister, Reese. We frequently visit the market for fresh produce and homemade slushies! The kids love the experience of picking their own fruit. They love it almost as much as they love each other.”