After working at Weaver’s Orchard for 35 years, starting as a 13-year-old picking strawberries, Dwayne Musser is moving on to another job. He and his wife Kendra have plans and dreams to commit more time to service through their church. We want to honor him and his years of dedication to our business. He has played a vital role in our growth in the past few decades! 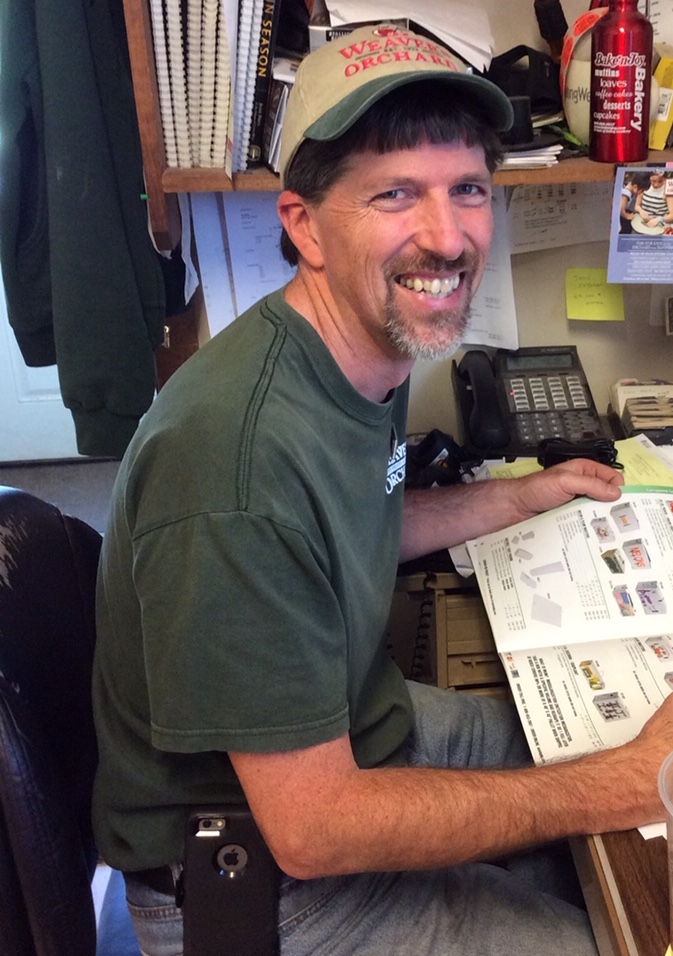 As he embarks on this next chapter, many of us at Weaver’s wanted to share what we appreciate about his time here.

I have to thank my father, my parents, because they had a big part in the early years of Dwayne’s employment here. I’m thankful to my parents and grandparents for the culture that they established here at Weaver’s. Since we have worked together for so long, there were many times when we were making a decision that we realized we were thinking alike. We didn’t have to struggle and work through what our values were. Our values were very similar, and we have our parents–both sets of parents–to thank for that. Thanks to Kendra, too–she was always very supportive and I always felt that Dwayne and Kendra both honored Anne and I and respected us. Our journey forward will be different. Anne and I are really fortunate to have journeyed through this time together with you guys, so we bless you guys as you continue forward in the things that God has for your lives. As I think back through the years, I recognize that Dwayne was really a very large part of the growth of Weaver’s Orchard. Through the years, we would be at the Shillington farmer’s market, which helped build our customer base. I really believe God has given–this property, this business–to be able to bless others. And Dwayne always shared that same value, whether it’s customers coming through here, or employees coming and working, or sales reps, or whoever it is–as we interacted with them, we could be a blessing to them. Thank you, Dwayne, for many years of being a part of this journey with us.

Dwayne has more or less been part of our “family” my whole life. While he is not related to us, many people thought he was family, and indeed he was like family. When I was young I guess I would say he was kind of like an uncle to me.

When I was young, his missions trip to Mexico definitely  had an influence on me wanting to learn Spanish and having some interest in missions as I grow older. (Dwayne traveled to Mexico for nine months or a year. He has also gone back to Mexico on shorter trips a few times in the last 10 years.)

Dwayne is like the energizer bunny. I don’t know where he gets all his energy! We will definitely miss his hard work and his loving caring nature!

Dwayne will be missed for the way he genuinely cared about his job: the actual business, the customers, the employees. He meets every day and situation with a smile and positive attitude. Dwayne sees the best in people and helps them to see their potential. Weaver’s Orchard has seen great growth in the past three decades, and Dwayne was a vital part of the team that led the business in that growth. I’m so grateful to have grown up with Dwayne (and his family) as part of the orchard and my life. 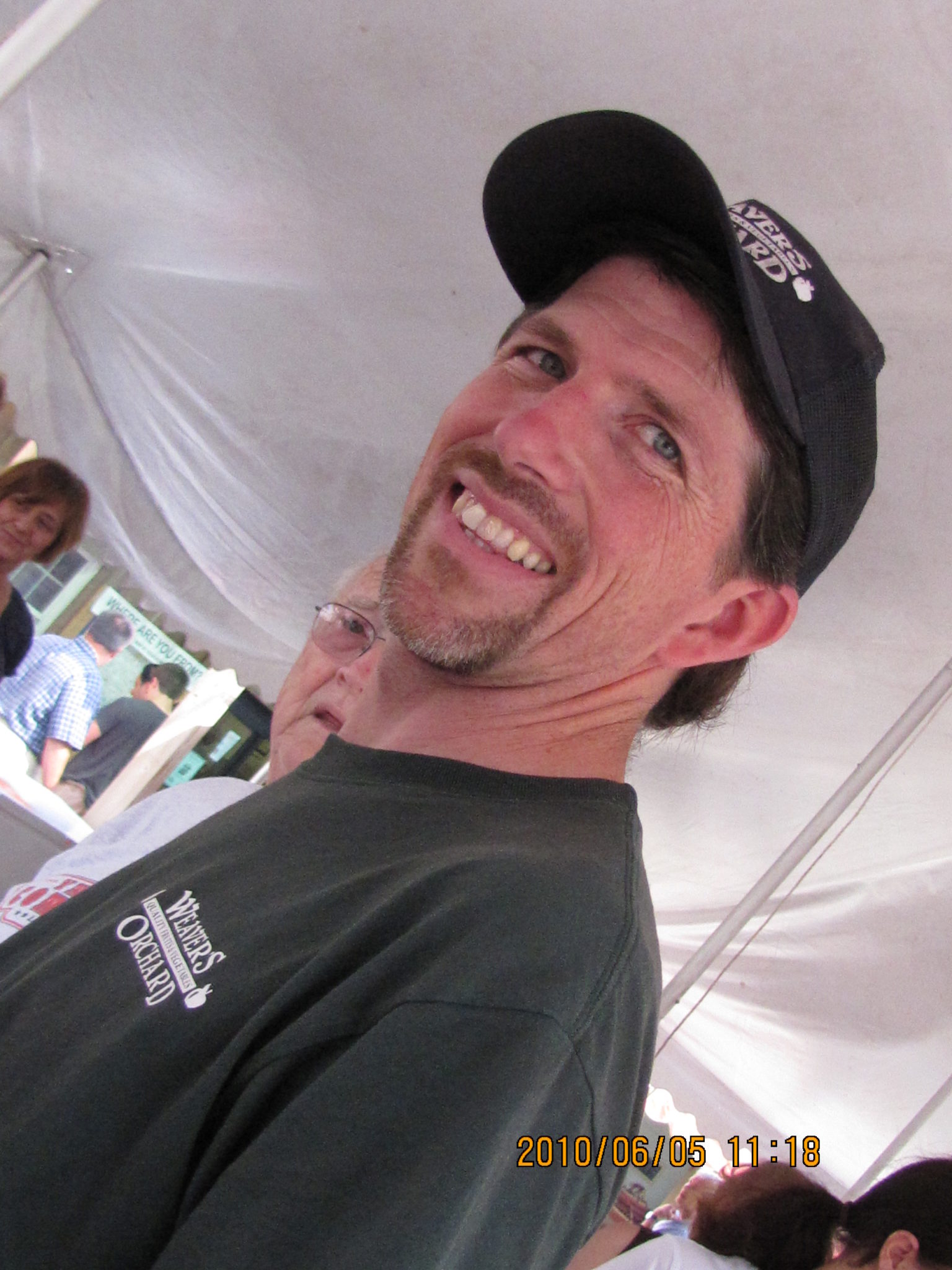 I worked at Weaver’s  between 2009 and 2013. Dwayne is probably one of the most patient people I’ve ever known. I’ve never seen him lose his temper or get annoyed or get visibly flustered even on the busiest of days. He is always smiling, always ready to help, and always in a good mood.

Some general stories are as follows. We would occasionally have to call Dwayne over because something wasn’t working, and as soon as he would look at it, it would inevitably start working again without him doing anything. He also had a knack for disappearing. He moved very fast, so if you saw him and needed him, you needed to grab him right away. There were several times where I would go to get him, but after he went around a corner, he would be gone. Completely disappeared. My sister who also worked there said that the same thing would happen to her. We also have both had the experience of looking for something only to ask Dwayne where it was and have him immediately point it out, usually right where we were looking.

Many good memories and fun times working with Dwayne. He will be missed and the orchard will not be the same without him!

I remember my first day working at Weaver’s Orchard as a teenager in 2003. I was nervous but Dwayne made me feel very welcome there. He had me work alongside Karalee and Janell, friends I still have to this day. There was a lot of camaraderie encouraged between the employees and we’d often get together outside of work hours. I remember those early days well. Dwayne set the tone for a positive, efficient work ethic. We quickly learned to stay busy keeping the produce fresh and the store clean. Customer service was a top priority and Dwayne always valued every customer so highly. He went out of his way to personally help customers struggling to get their groceries in the car. He was always happy to educate customers about produce and farming. He knew all the regular customers by name and even remembered my extended family when they’d visit on occasion. It was a joy to work with him for three years as a store employee and for the last ten years as the marketing coordinator. I still can’t quite believe he is moving on, but I am so excited for him to devote more of his time to his passion for Christ. His friendly face and cheerful demeanor will be missed around the orchard!

For the past several years, one of the highlights of my week has been talking with Dwayne on Thursday mornings about what the Weaver’s Orchard email newsletters would include. He was often driving back from the auction while we talked on the phone. He’d been up since the small hours of the morning but you wouldn’t have guessed it by his happy, energized tone. He taught me so much about retail and how to craft an email that would contain the information customers wanted most. I will miss those conversations that became part of the routine for years! I will miss learning from him and spending a few minutes catching up on how he and his family are doing. Best wishes for this new chapter, Dwayne! 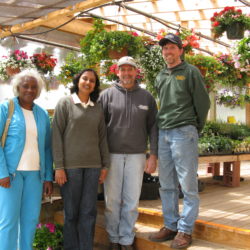