Winter decided to show up late this year. After teasing us with some beautiful weeks of sunshine and warmth, it hit us with a blizzard last Tuesday. My kids were beyond excited at the prospect of snow days! I was given daily updates of the snow forecast from my oldest two who checked the weather for me every morning before I even had a chance to roll out of bed! As the snow accumulations increased, so did their squeals of delight. “We might have off school for a whole week!” exclaimed my jubilant seven year old.

The evening before the storm hit was absolutely gorgeous. It seemed rather surreal that we were all riding around the farm as a family in the pick up truck, preparing for the worst. There was an air of celebration mixed with trepidation at the oncoming weather.

As Daddy set up heaters in the high tunnels, the children raced around like wild wolves howling into the wind. Chaos turned to celebration when our oldest pulled out a harmonica he found somewhere and the youngest two made up a dance, which lasted until they heard some pings of sleet hitting the high tunnel plastic. Then it was out into the wind to dance in the first snowflakes. 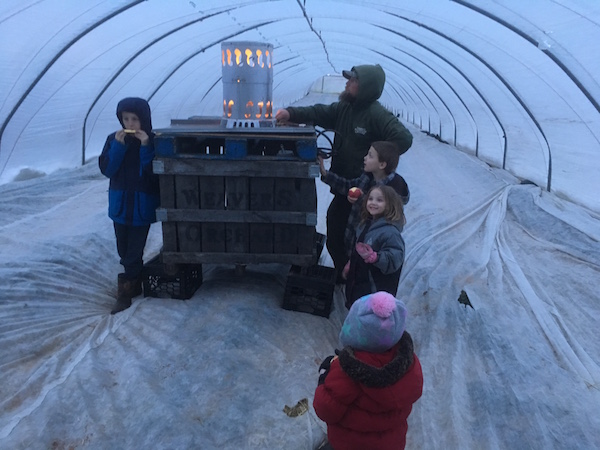 It was storybook perfection, mixed with real world problems of heaters that wouldn’t start (and when they did, they got too warm). I kept an eye on the kiddos as my ever-patient husband silently problem solved amidst their banter. His steadiness never ceases to amaze me. While I would have been in a tizzy anticipating everything that could go wrong, he embraces challenge and even paused in his work to crack a few jokes with the children. This man is a keeper. Despite the extra work, Justin was also thrilled at getting snow even though it meant waking up at 2 a.m. on his birthday to keep the weather cleared off of the high tunnels that protect our strawberries. 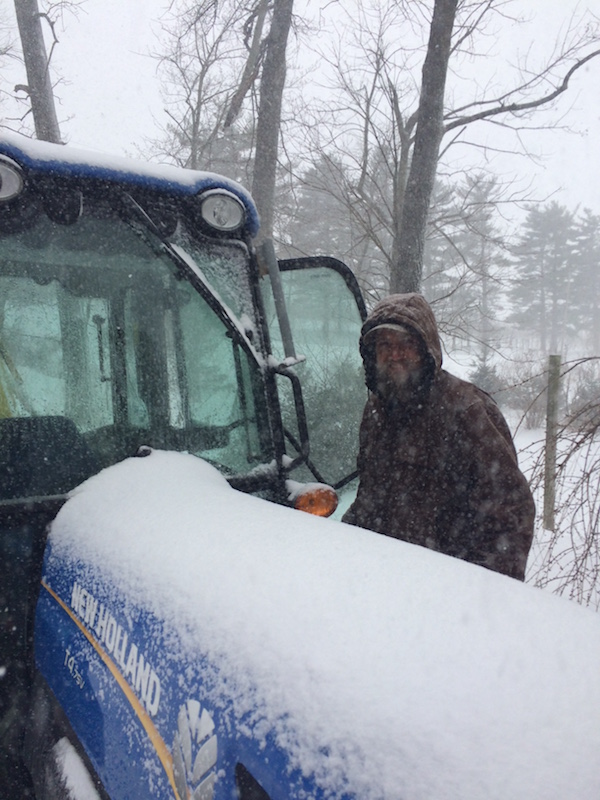 When life gives you lemons, you make lemonade– and when snow comes in March, well, you go sledding! And we did. Justin makes the best sledding trails with the tractor. We invited the neighbors who were able to get here on foot to come and frolic in the ice with us. It was a constant, sometimes exhausting effort to keep the children in dry snow gear. But it was so worth it! Though my seven year old did not get off school for a week, he was able to sled for six days straight—that seemed enough to make him happy! 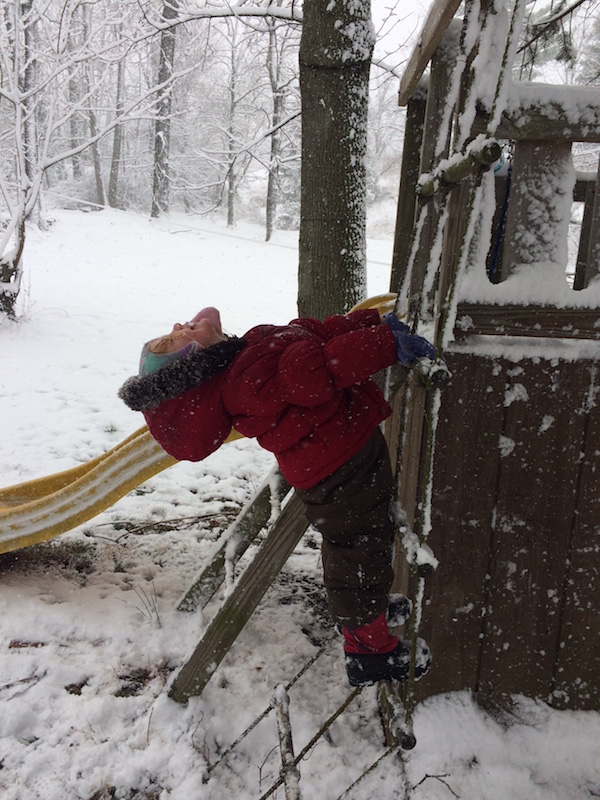 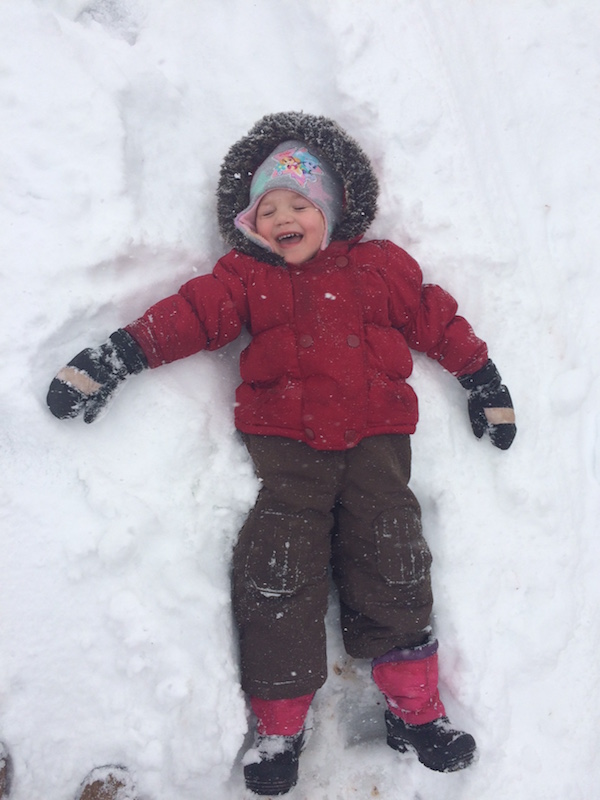 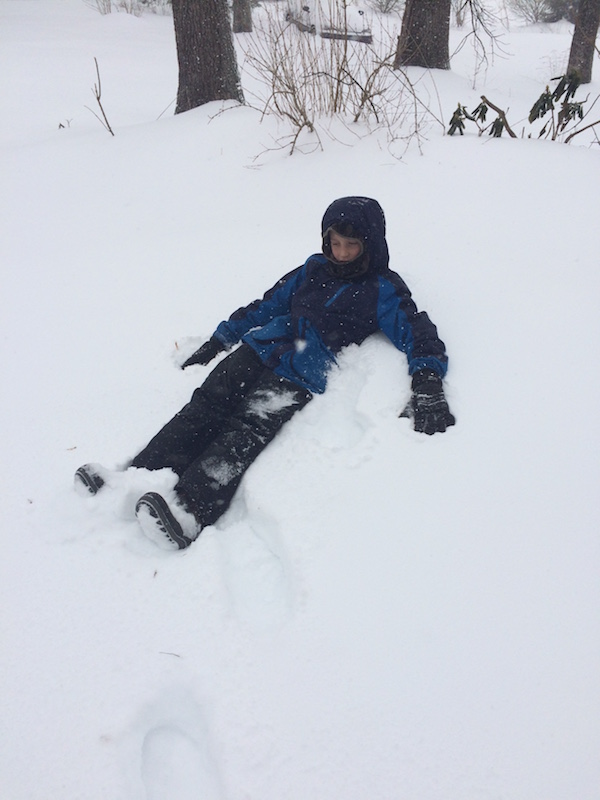 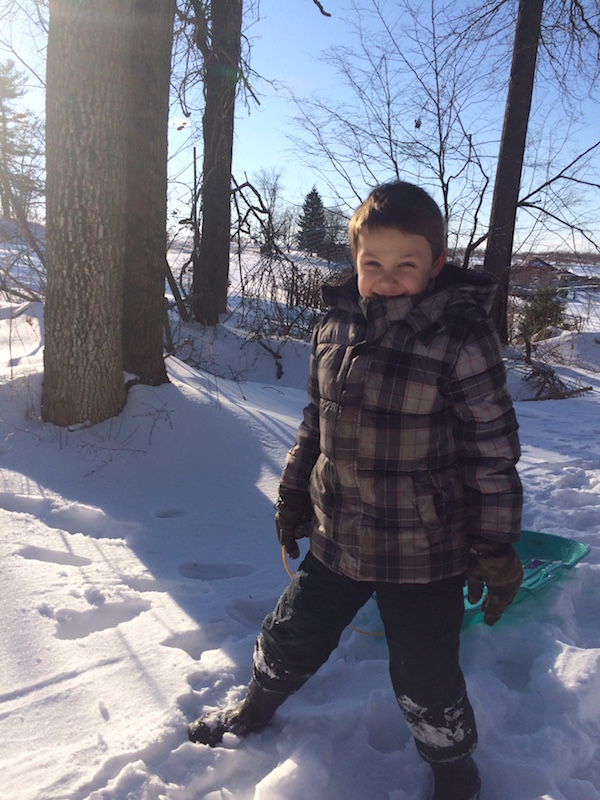 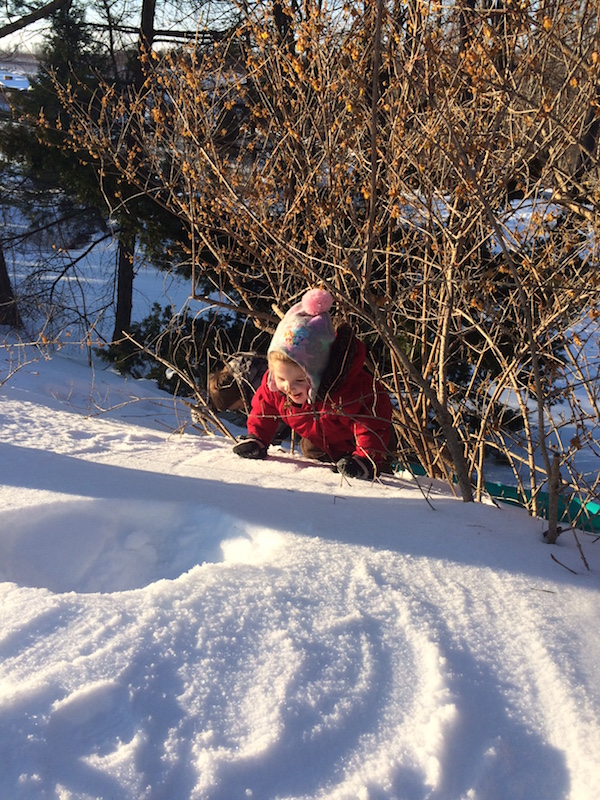 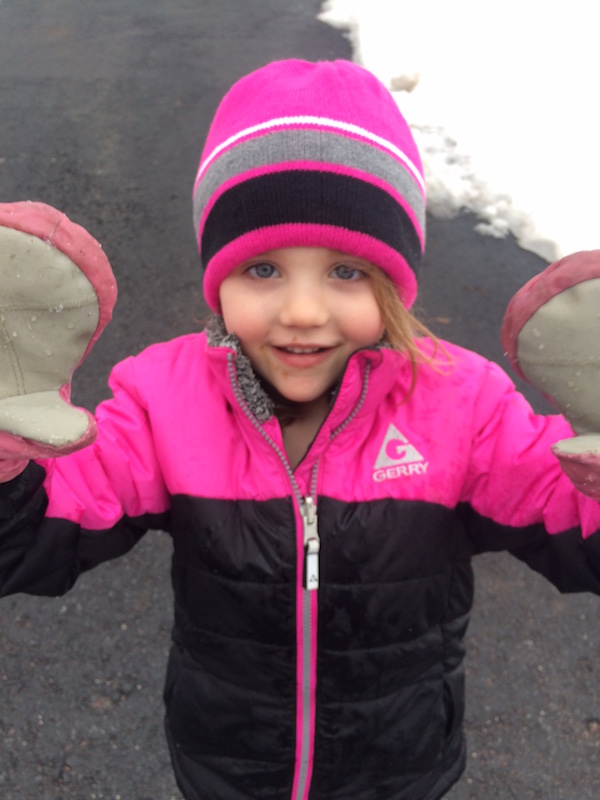 We are so thankful the tunnels stayed standing and the strawberries fared well. We may not 100% know the impact of this crazy weather on our crops until harvest. There is no sense worrying about something you can’t change because one thing I’ve learned is that our Good Heavenly Father has got this all under control, and we celebrate in the season He has put us in. Wishing you and yours a happy end to winter, and I’m hoping you all can get outside and enjoy some spring!