Warmer days have finally joined us again, bringing reminders of the fruits we’ll be snacking on by summer and autumn. And one aspect of fruit production that’s easy to take for granted is how farm workers keep busy researching and using the most strategic methods to protect fruit crops. 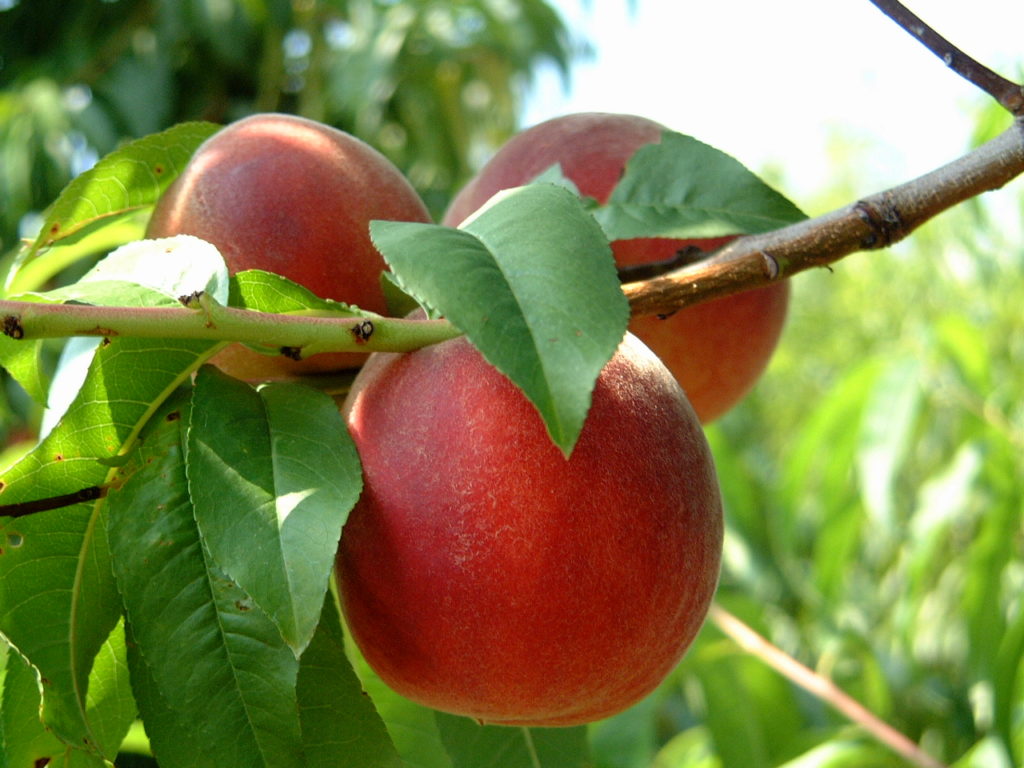 The Art of Keeping Fruit Flourishing

Keeping eventual fruit as disease-free and pest-free as possible is a bit of an art because management is not cut and dry. Instead, paying close attention to happenings in the orchards is key, as is implementing the most effective, least harmful, and most broadly useful techniques.

And thankfully, agricultural research in recent years has translated to less need for pesticides. When they’re used, pesticides are often applied less frequently and earlier in the growing season, before fruits develop. Natural compounds are also available and effective if problematic scenarios arise in orchards.

“We do our best to keep the orchards a welcome and healthy environment for beneficial insects so that they stay,” Ed says about one approach taken.

Taking Care of “The Good Guys”

“We try to keep good populations of Typhlodromus Pyri,” he notes, adding that this critter is called T. Pyri, in shorter form. “It’s a predatory mite which feeds on harmful mites like the European red mite and two-spotted spider mite. We try to totally avoid pesticides which are toxic to T. Pyri.”

Neoseiulus Fallacis is another predator which feeds on a variety of mites known to attack fruit trees, so they’re good to have on your side—avoiding any pest treatments which would jeopardize them.

“There are a number of predators which will feed on aphids as well, and that includes ladybird beetles (ladybugs),” Ed says. “They also feed on mites.” 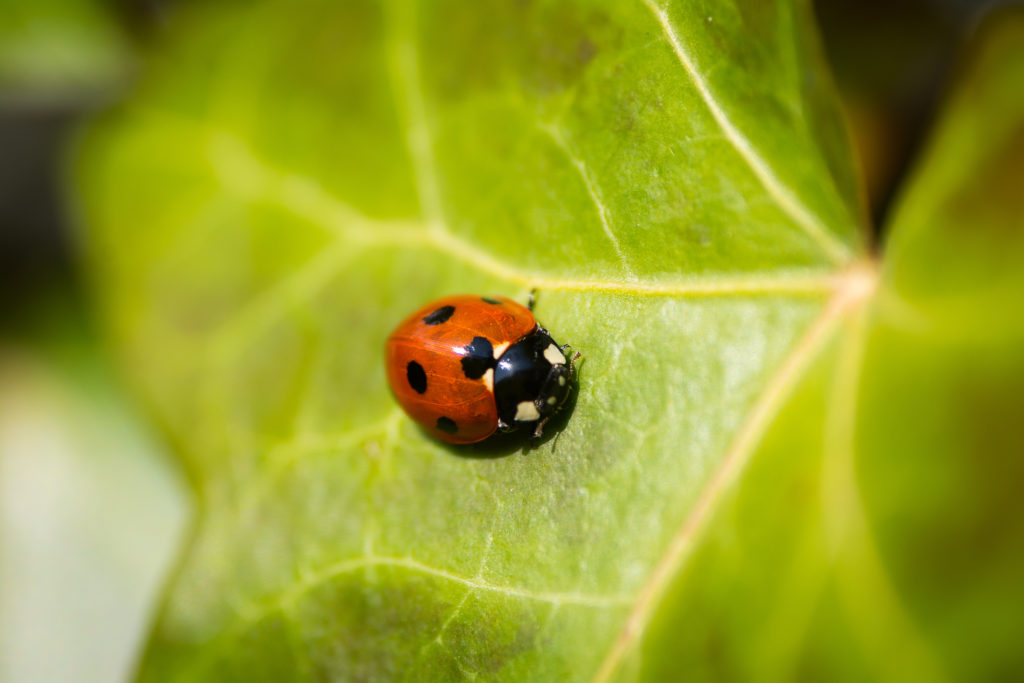 “The aphid midge feeds on aphids, too,” Ed adds. “It’s often interesting that even with mites, you have a similar species feeding on a species which is damaging to the fruit. The predator itself does not damage the fruit.”

Using pesticides minimally and also being sure to avoid the ones that kill natural predators is important.

Traps to catch certain harmful insects, attracting them by a capsule filled with the scent of the pheromones of the species’ female, is one way which Weaver’s Orchard monitors these pests.

The collected data from this monitoring is then used to make wisest decisions on necessity, timing and best methods to reduce their populations.

Monitoring the arrival and severity of pests helps to determine what next steps to take.

“We use mating disruption as a pest management technique to control many of our major fruit pests, including codling moths and oriental fruit moths, which can cause wormy fruit,” Ed explains. “We buy lures which have the scent and pheromones of those insects. It’s very specific to the insects.”

Although people can’t smell these odors, insects can detect them easily.

Slow-release pheromones for specific pests also come as twist-ties and are used throughout the orchards, saturating the air with the scents so that the males cannot find the females, so they eventually die, and no eggs are ever laid.

While several kinds of beneficial insects are naturally drawn to the orchards, some pollinators are brought in to help ensure that fruit tree blooms are fertilized.

“We have a lot of native honey bees and mason bees,” Ed says. “There is a whole host of different bumble bees which are here, but we also bring in additional hives just to be sure that we have plenty of pollinators.” 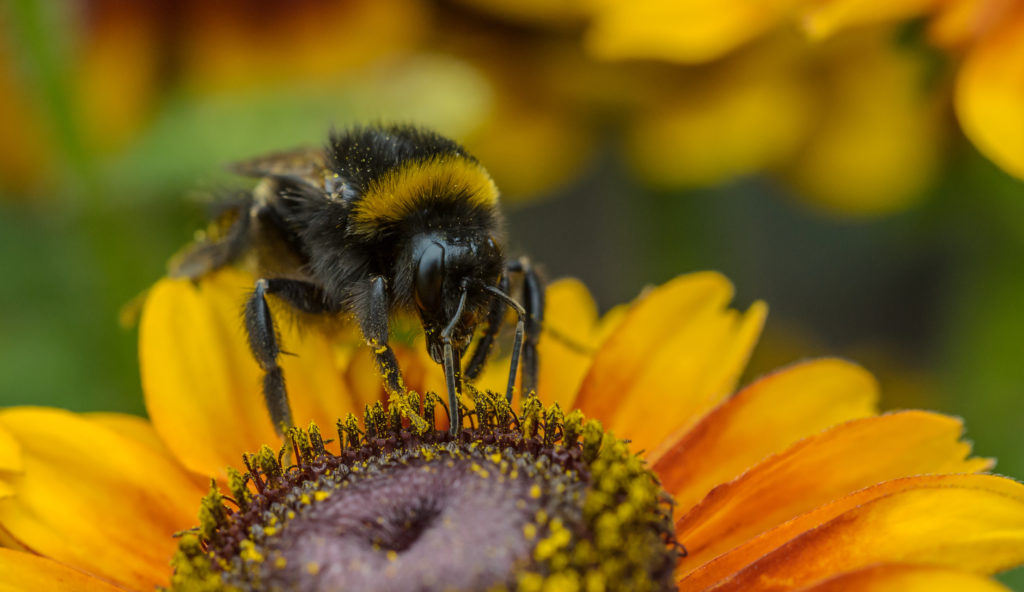 The honey bee hives are from a beekeeper in Lancaster County who stores Weaver’s Orchard honey separately, and the honey collected is sold in our on-site market. 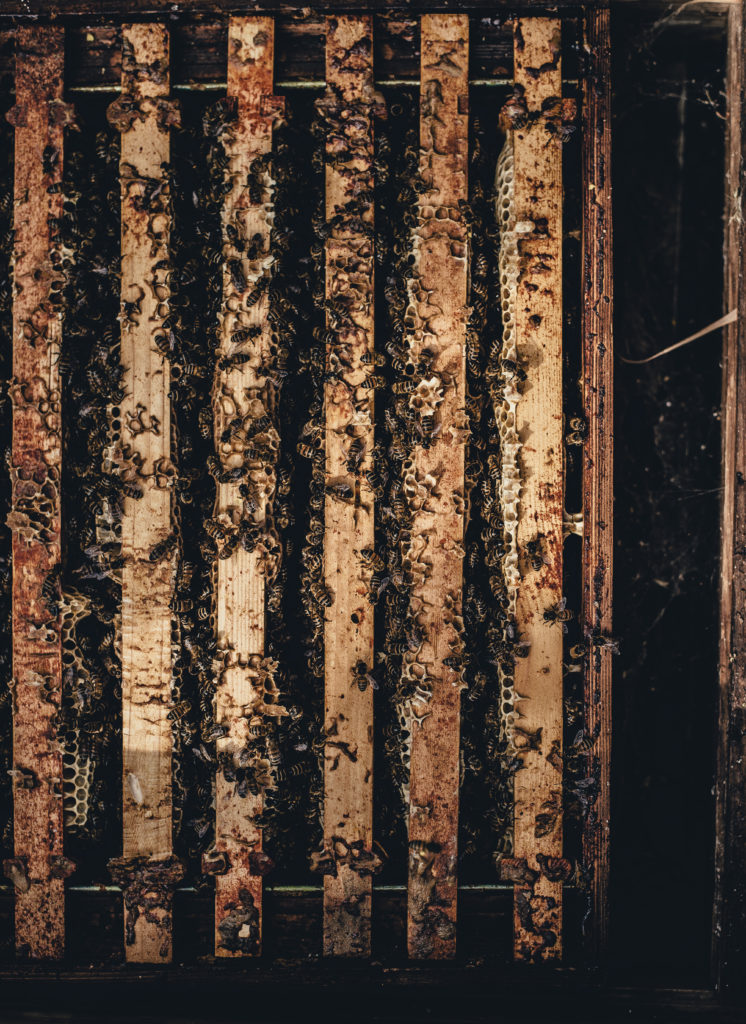 Ed points out that keeping harmful pest-reducing practices in check is necessary to protect both pollinators and pests’ natural predators, and this is crucial to fruit production, especially since the pollination window can be short.

“With sweet cherries, if you get temperatures in the upper 70s going into the low 80s in early April, the length of time that a bloom is viable for pollination can be as short as six or eight hours for only one day,” he says. “Other days, if temperatures stay down in the 60s when fruit trees are blooming, the blooms may be viable for several days.”

“You want as many pollinators out there as possible to make sure that they’re getting the work done,” Ed says. “As fruit growers, we are very dependent on pollinators, so we have naturally educated ourselves in established practices to be sure we’re not killing pollinators. Anything we can do to protect those pollinators is to our benefit.”

How You Can Help

And since residential neighborhoods and areas share same and nearby environments with pollinators, farmers are not the only ones who need to think about what’s being sprayed on or added to gardens or grassy areas.

“There is a large amount of pesticide used around some people’s homes, and it can be harmful to bees,” Ed says. “I always encourage people to make sure they’re using reputable lawn care contractors to avoid lawn treatment materials which are toxic to bees, some of the vital pollinators for fruit trees and other plants.”

“[People can help by being] careful to check what they’re using around homes in taking care of gardens and lawns,” Ed advises.

In this, our neighbors are joining Weaver’s Orchard in our goals.

“At Weaver’s Orchard, it is our goal to utilize practices which ensure the sustainability of our business, including the soil, trees and environment, as we strive to produce healthy nutritious produce for our customers,” Ed says.